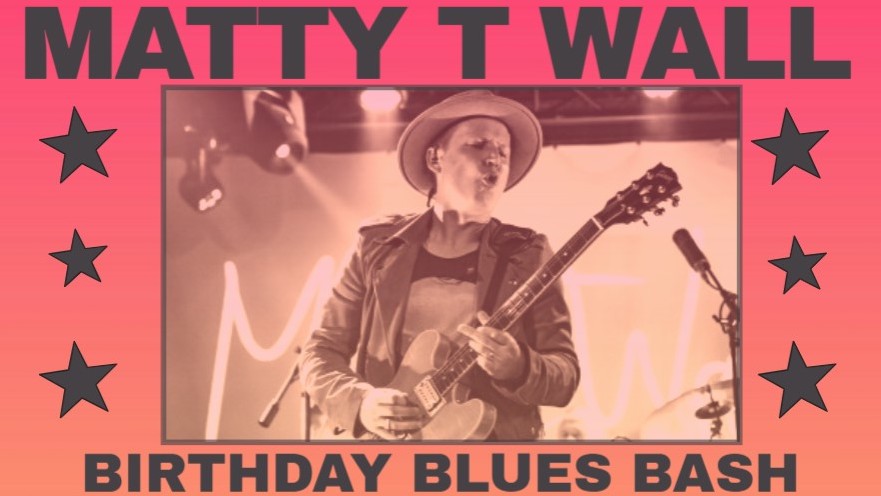 Matty T Wall’s Birthday Blues Bash is back on for 2021. Featuring 3 heavyweights of the Australian Blues scene, none other than Matt Taylor of Chain, Les Karski of The Bondi Cigars and Michael Vdelli of Vdelli.

All three are blues masters in their own right, and this evening will feature seven-time independent blues award nominee – Matty T Wall, plus all three together on stage jamming over their favourite blues standards to celebrate Matty’s birthday once again.

Last time this event happened, it was a spectacle to behold for those blues fans out there, reminiscent of something that could happen in Buddy Guy’s Legends club in Chicago, but in none other than out favourite swanky New Orleans style Freo venue – The Duke of George. Tickets are limited to this, so you must get in fast, as this is a seated table show. A show like none other!