ADELAIDE’S MANE RETURNS WITH NEW SINGLE AND VIDEO
‘HI LO’
THE ‘CHASING BUTTERFLIES’ AND ‘SAVE YOURSELF’ SINGER WRITES AN ODE TO HER PERSONAL MENTAL HEALTH JOURNEY.

“A blend of brooding lyrics with emphatic and evocative arrangement positions MANE as a bit of an old soul with a young perspective.”
– Musicfeeds

Adelaide’s master of brooding pop, MANE, returns today with a brand-new single, ‘Hi Lo’ out now via Dew Process and Universal Music Australia. The single, her first release of 2021, boasts MANE’s deep and rich vocals set against a backdrop of sparkly pop beats and synths, with the incomparable edge that has permeated her music throughout her career.

Despite its undeniably infectious chorus that seems destined for radio love and playlist celebration, ‘Hi Lo’ comes from an incredibly introspective and emotional place. Written at the start of 2021 with collaborator Pip Norman, the song tackles MANE’s (real name Paige Renee Court) ongoing relationship to her mental health and the journey that she has taken to address the positives and negatives that come with that exploration.

“Essentially the song is a letter to myself and my mental health journey and the highs and the lows of coming to be at a place where I’m comfortable accepting that. My mental health is an ongoing journey, so that’s what the song itself is about. I don’t think that was my initial intention to write about that but as Pip was putting together the music that’s what it felt like it sounded like to me and it was a really relevant to me in terms of what I was going through at the time.

“Once I’d decided that’s what I was going to write about, I decided to look within but write it as if it was about a person, a separate person, rather than something that actually attached to me. When you listen to the song it plays out it’s as if it’s talking about a person rather than it being about my feelings. I wanted to separate myself from the feelings, but I think it perfectly sums up everything I felt at that time and what I still feel now. When I listen back to it now it is still a song that I feel very proud of.”

The single’s release is accompanied by the release of a brand-new video, shot around the Adelaide area and directed by MANE herself, along with her partner, Friends On Film.

“The concept was to visually have scenes that physically represent a lyric in the song, ‘I carry you all over.’ It features different scenes of me in totally different locations with my backpack on, which I always have with me everywhere, and that represents that feeling of carrying something with you wherever you go and having to get on with it.”

MANE has been one of the most exciting and unique voices to emerge in Australian music over the last few years, after the release of her debut single ‘Chasing Butterflies’ saw her command praise from the like of triple j and earn over 1.6 million streams. Her debut EP, Coping Mechanisms, was released in 2020 via Dew Process and was critically acclaimed thanks to beautiful singles like ‘My People’ and ‘Over & Over.’

2021 will also see MANE’s return to the stage, with a hometown show planned for December 17 at Adelaide’s Grace Emily Hotel.

“I’m really excited – I feel like I haven’t played in so long and that’s my favourite part of being an artist and making music is getting to perform, so I’m hoping there will be more shows on the horizon. We’re doing a really stripped back acoustic performance rather than full band mode to make it nice and intimate – a little different and something really nice to play in that setting.” 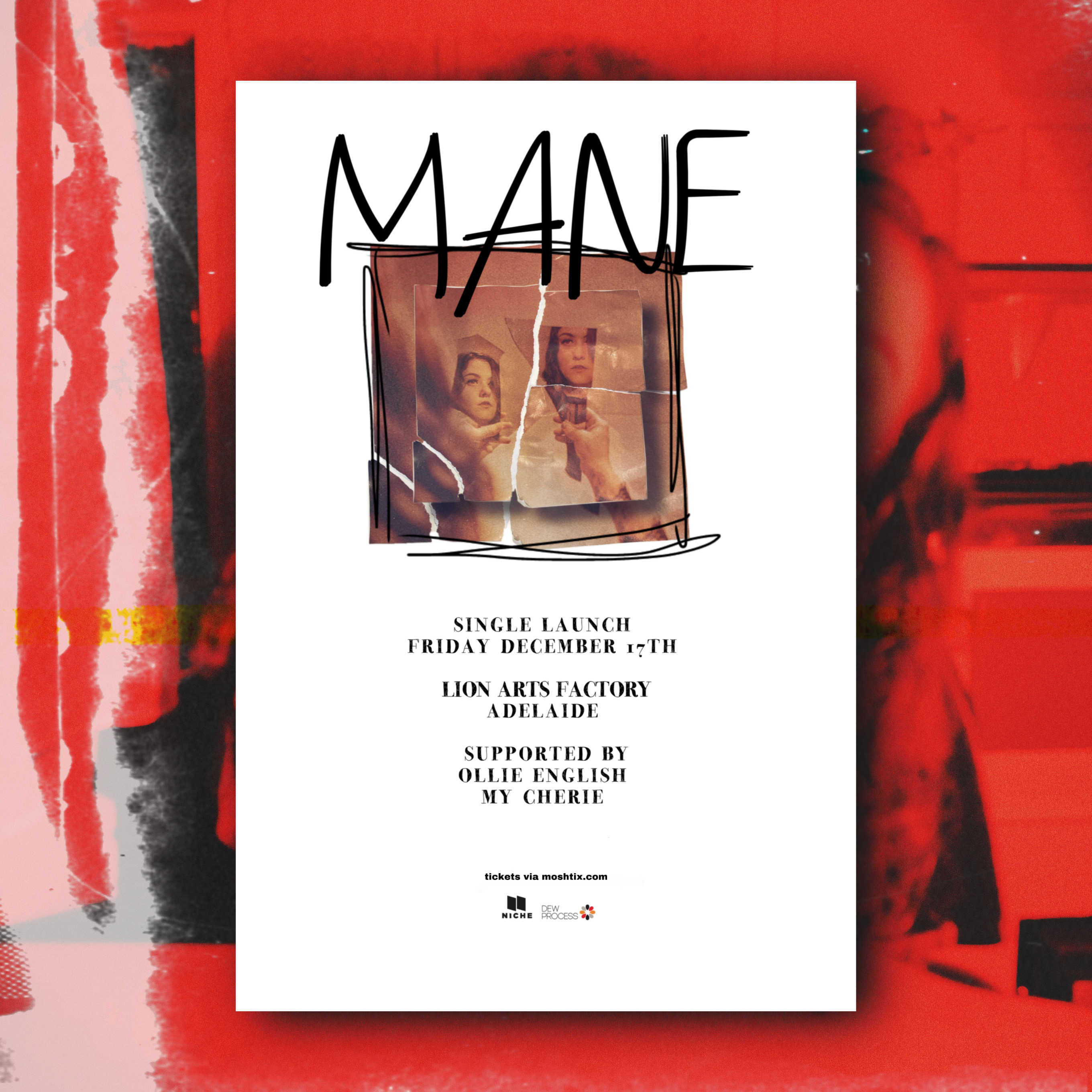