Destroy All Lines and ZKH presents

Loose Bricks are a Dream-Rock band from Mildura in country Victoria that writes catchy songs about Love, Friends, and making it through the day.

With a classic country kid attitude, LB embraces the journey that life takes you on and do their best to take everyone with them, using their Dream-Rock style songs that are influenced from classic country music to reggae fusion, 80’s rock, and modern pop, you’ll be singing along and spilling a beer with Loose Bricks like they’re your best friends.

Since forming in 2016 Loose Bricks have independently released 2 EP's, a number of singles, ventured to multiple interstate shows, and national tours, including notable support slots for Shag Rock, Death By Denim, The Grogans, Hoodoo Gurus, and Kingswood.

Loose Bricks new EP 'Waves Of Mirage' is a selection of songs released as the boys continue their goal of a debut album in 2022, the 5 songs on display show diverse songwriting and textures that the boys continue to experiment with while discovering their sound - whether their journey on change will ever stop no one knows. 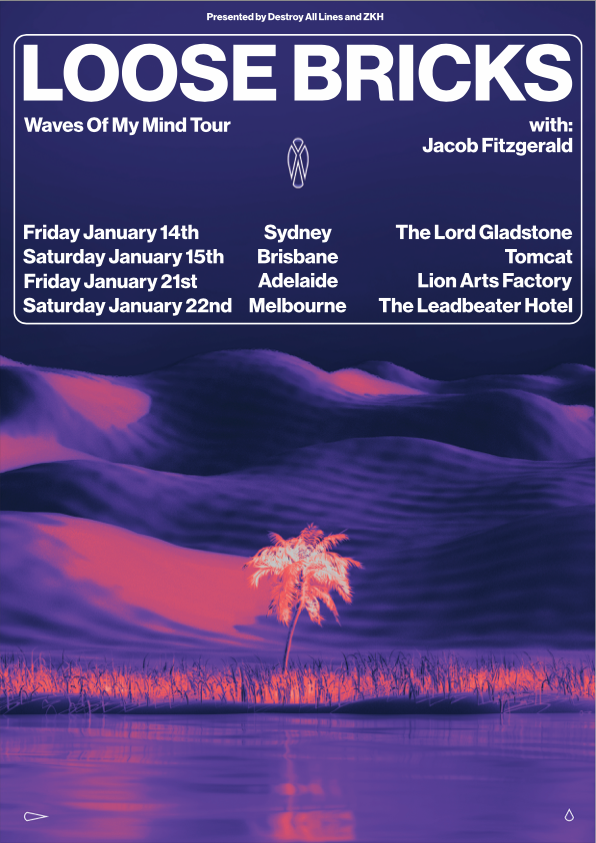 On The Flipside Unplugged ft. Sons of Zoku

Join us for an intimate and stripped back set from psychedelic rockers, Sons of Zoku more »