G-Unit members Lloyd Banks and Tony Yayo are returning to Australia and New Zealand this September for a series of nation-wide shows featuring the iconic rappers!

Following off the back of 50 Cent’s successful 'Get Rich or Die Tryin’ album, G-Unit broke into the music industry in 2003 with their explosive hit debut album 'Beg for Mercy', which went on to reach Double Platinum status. The album featured some of the biggest classics of all time including “Stunt 101”, “Poppin' Them Thangs” and “Wanna Get to Know You”.

After successful careers as the collaborative G-Unit, and further as ground breaking solo artists with world-wide album sales totalling more than seven million units, all of which has made them a recognizable part of hip-hop history.

Both artists have worked and collaborated with some of the biggest names in hip hop including: 50 Cent, Eminem, Dr Dre, Scott Storch, Mobb Deep, Snoop Dogg, The Game and Kanye West to name a few.

Banks and Yayo are looking forward to touching down in Australia and New Zealand for what will be a celebration of their music this coming September. Don't miss out! 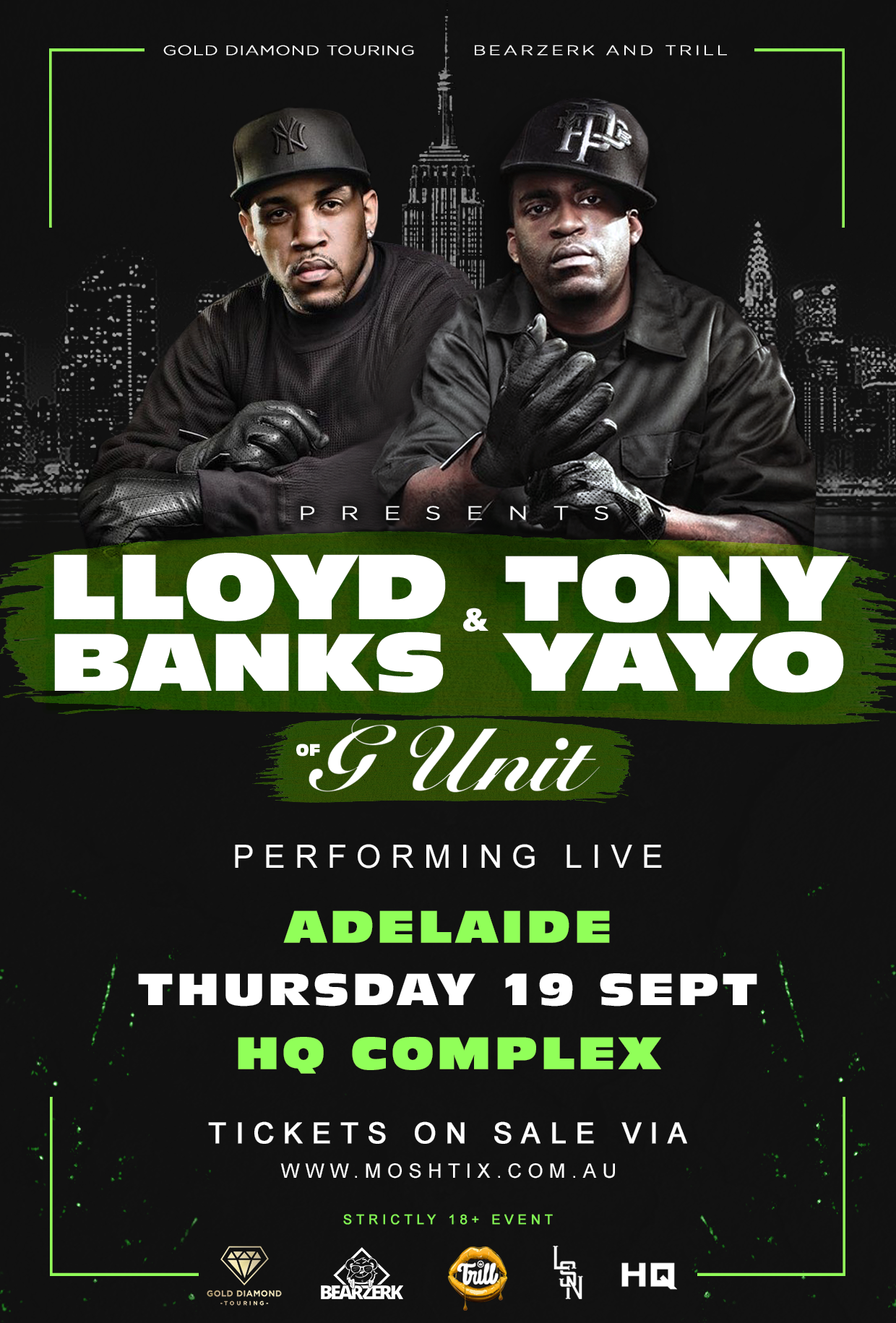