Over the past decade LA DISPUTE has been responsible for some of the most uncompromising, experimental music and have carved a reputation as one of post-hardcore’s most singular voices.

From their 2008 debut (in their current formation) Somewhere at the Bottom of the River Between Vega and Altair, to 2011’s Wildlife, to 2015’s Rooms of the House, LA DISPUTE have continually pushed themselves to find new ways to portray some of the most difficult and universally affecting subject matters and have developed a sound that, while constantly evolving, is unmistakably theirs.

Their brand new album Panorama is perhaps LA DISPUTE’s most diverse so far, carried by their strength as musicians both individually and as a unit. It’s another chapter in a discography that tells everyday stories in a remarkable way and “Put simply, Panorama is another outstanding release from a truly special band.” - Kerrang

Announcing their first headline tour of Australia in over 5 years, LA DISPUTE will be playing a whopping 15 shows across Australia. The band go out of their way to make sure their shows are safe places where people can gather together, take care of each other while we listen to live music…it feels more like a privilege than ever. 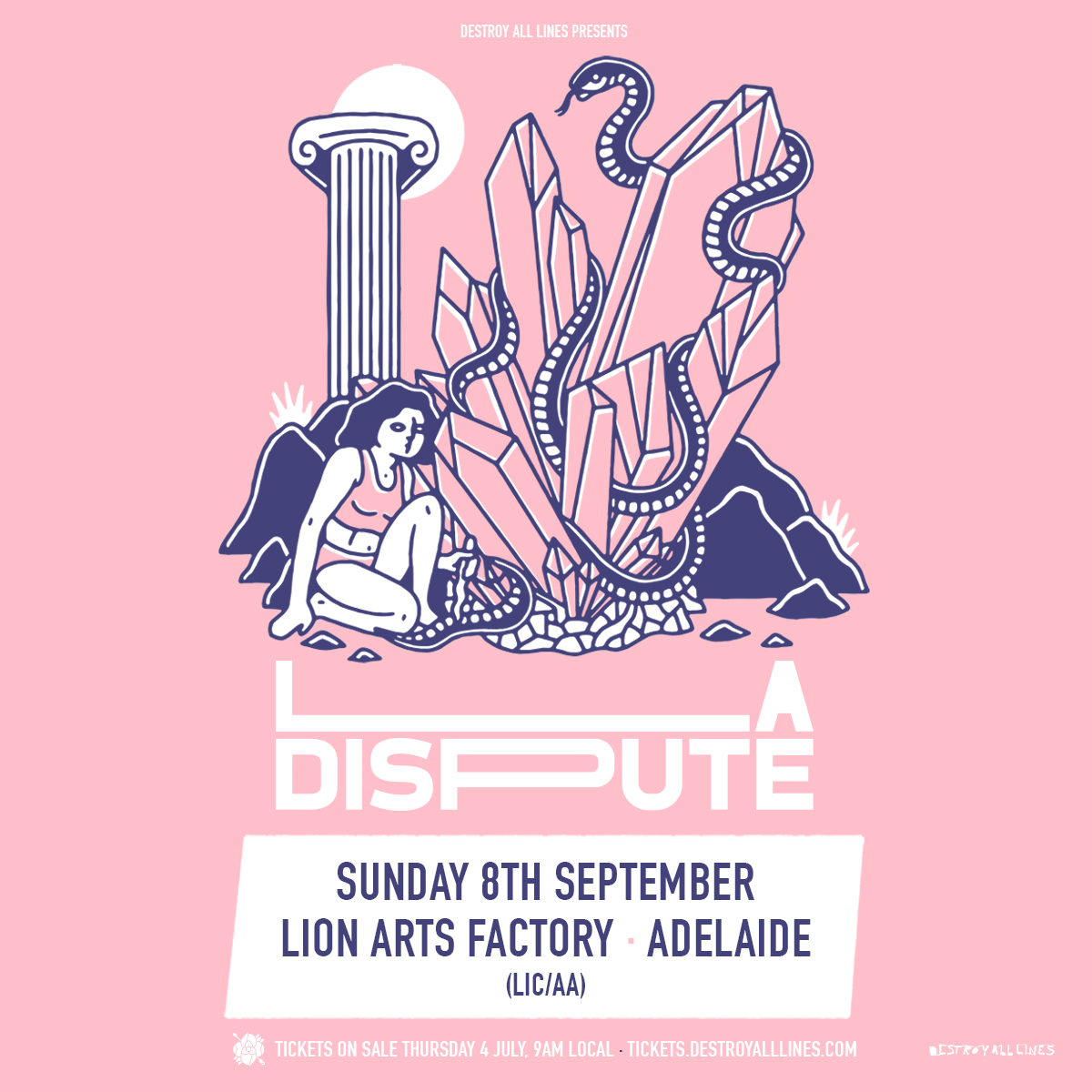 THE PROM with WOLF & CHAIN