Kingswood hit Townsville this June as part of their Juveniles Album Tour!

Kingswood kick of 2020 with the announcement of their long awaited third studio album Juveniles and a 20+ date Australian tour!
Catch them live in Townsville on Friday the 26th of June at The Jack!
KINGSWOOD
OTHERWISE BAR, TOWNSVILLE (18+)
FRI 26 JUNE
TICKETS VIA MOSHTIX
ON SALE 10AM WED 22 JAN (QLD TIME) 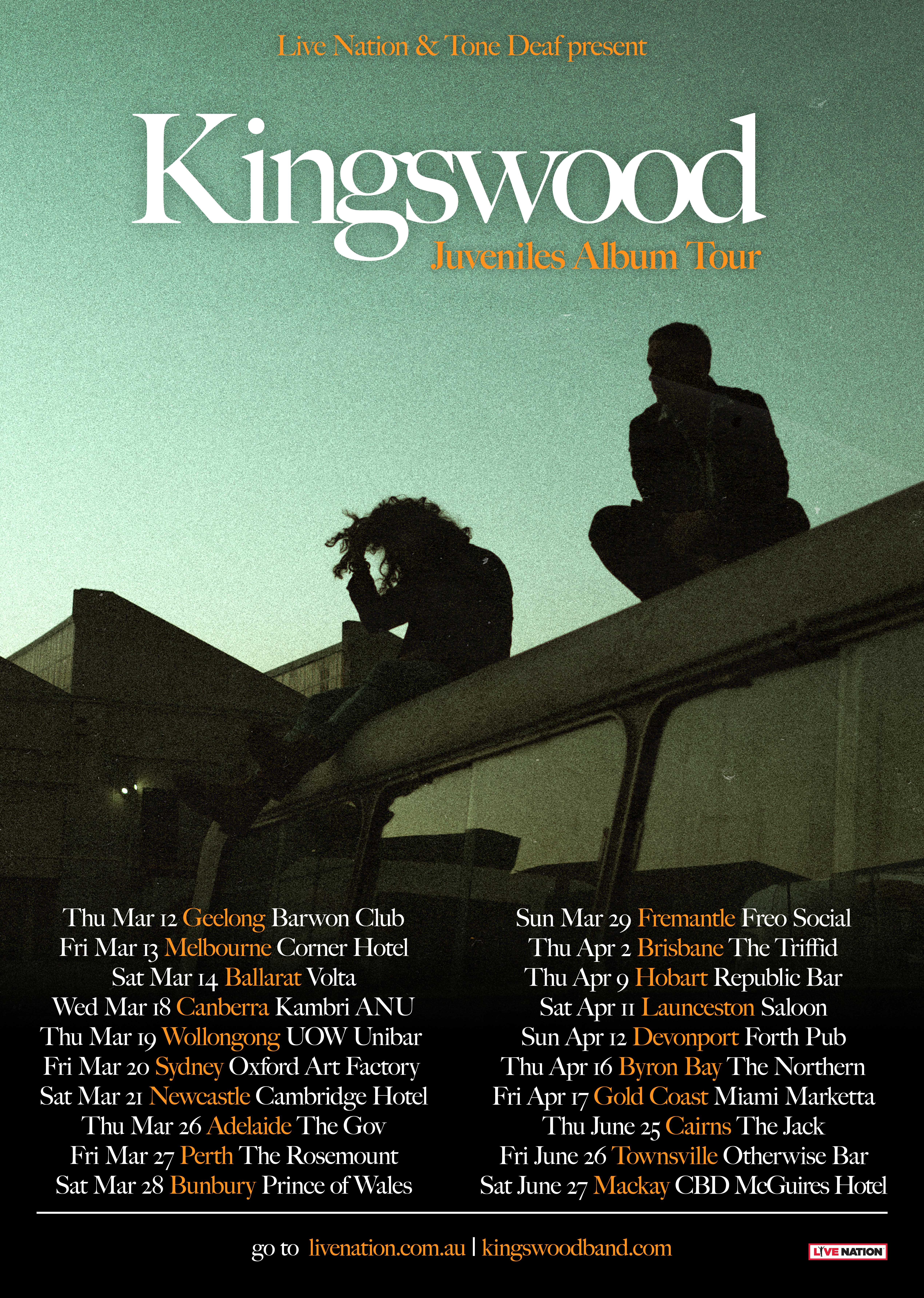 Kingswood’s forthcoming Australian tour dates will be the first opportunities for fans to hear Juveniles presented in all its glory. A dynamic force on stage, the ARIA nominated group has enjoyed strong success on the road in Australia and abroad, with a tour history that counts tours with AC/DC and Aerosmith, festivals including Splendour in the Grass, Falls Festival and Groovin The Moo; and multiple sold out tours across the country as proud achievements.
The journey towards the release of Juveniles has been one paved creative reinvention. Throughout the album, fans can piece together definitive elements of music that has formed Kingswood’s dynamic musical identity over the course of six years of relentless touring and recording. ‘Bittersweet’ shines as a tight example of the band’s love for guitar-driven rock music; some may say it aligns itself strongly with the music of Microscopic Wars, however looking more broadly at Kingswood’s body of work, the progressions and stylistic arrangement of the band’s latest represents their genre-diverse tapestry of individual music tastes.
TICKETS ON SALE WED 22 JAN VIA MOSHTIX

This event is now hosted on 3rd July. All previos ticket holders will have received communication with all relevant ticketing information. more »

The Rubens hit Townsville this July for their biggest ever Australian Tour! more »