Previously fronting the since disbanded emo-punk rock outfit Memory Castles, Jesse Cumes is back with his debut single ‘Magic’ under his new solo project Killed by Cupid.

Drawing on the nostalgia of early 2000s pop-punk and leaning heavily into wear-your-bleeding-heart-on-your-sleeve emo, Adelaide-based artist Killed by Cupid is ready to cause a stir on July 22nd with their debut single launch alongside special guests Lickity Split, Jackulson and Big Romance! 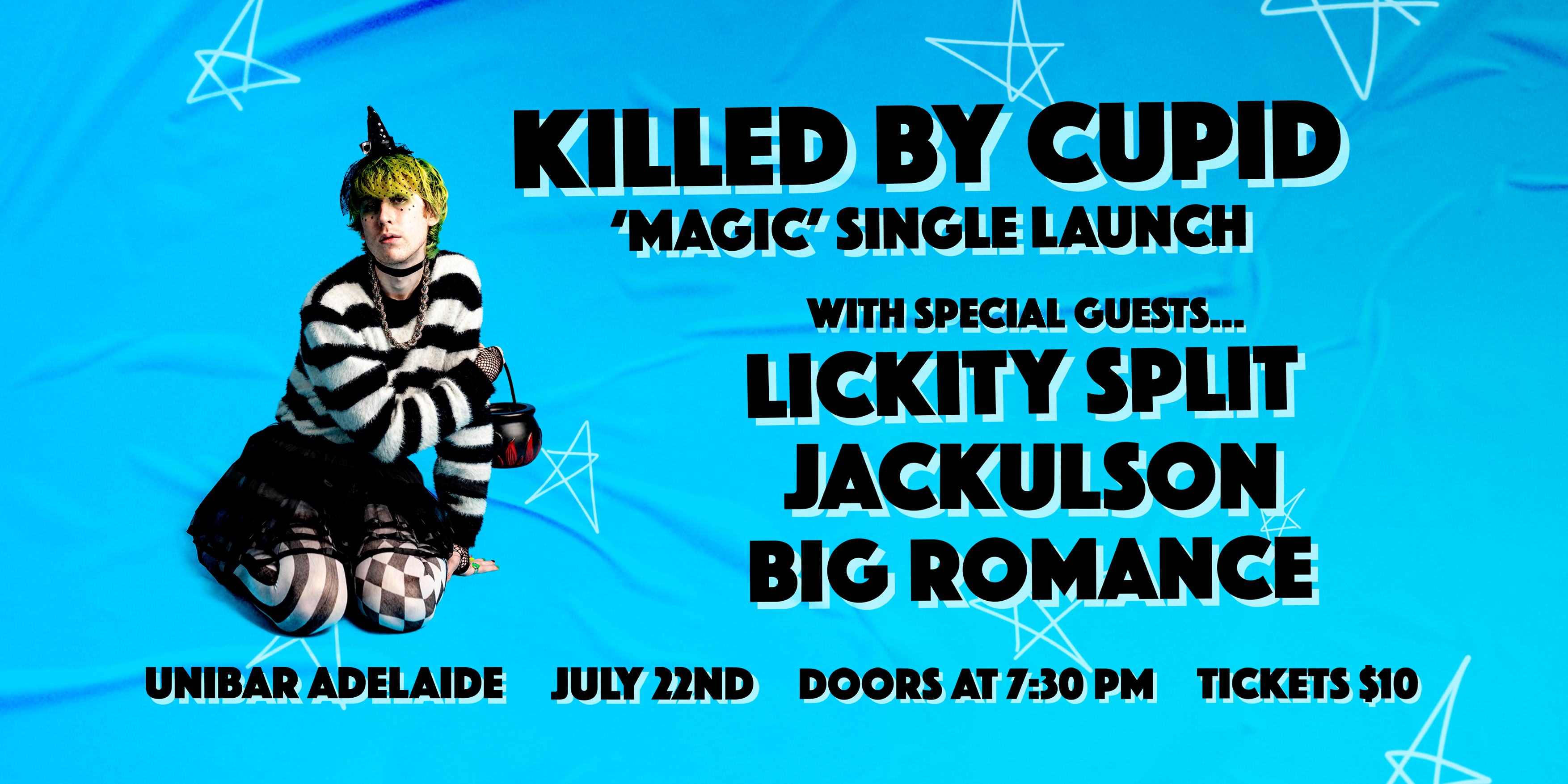 Down and Out "Cyclone" Launch Show