Keyan Houshmand is a modern guitarist based in Adelaide, Australia who has made a name for himself in the metal guitar community with his in-depth YouTube videos and quick-fire Instagram videos. Ranging from brain stuttering riffs, to emotional solos and vocal-like lead work, Keyan has exercised his musical assets to like-minded viewers across the world.

Handed a guitar at the age of 5 on his birthday, Keyan hasn’t had the urge to put it down since. In those 16 years he would go on to performing for family in the living room, to playing for hundreds of thousands of people across the globe, through the power of the internet in his bedroom

His cool, calm, collected and often educational approach towards his content has earned him over 3,000,000 views, and ~160,000 watch hours on YouTube. Producing content for the modern guitarist, his main goal is to show how easy it is to create heavy music from the comfort of a bedroom.

It’s now time to put all that theory into practice, with the launch of Keyan’s debut EP ‘Gradient’, featuring a focused collection of the heavy riffs, intricate lead work and thematic song writing that he is known for. 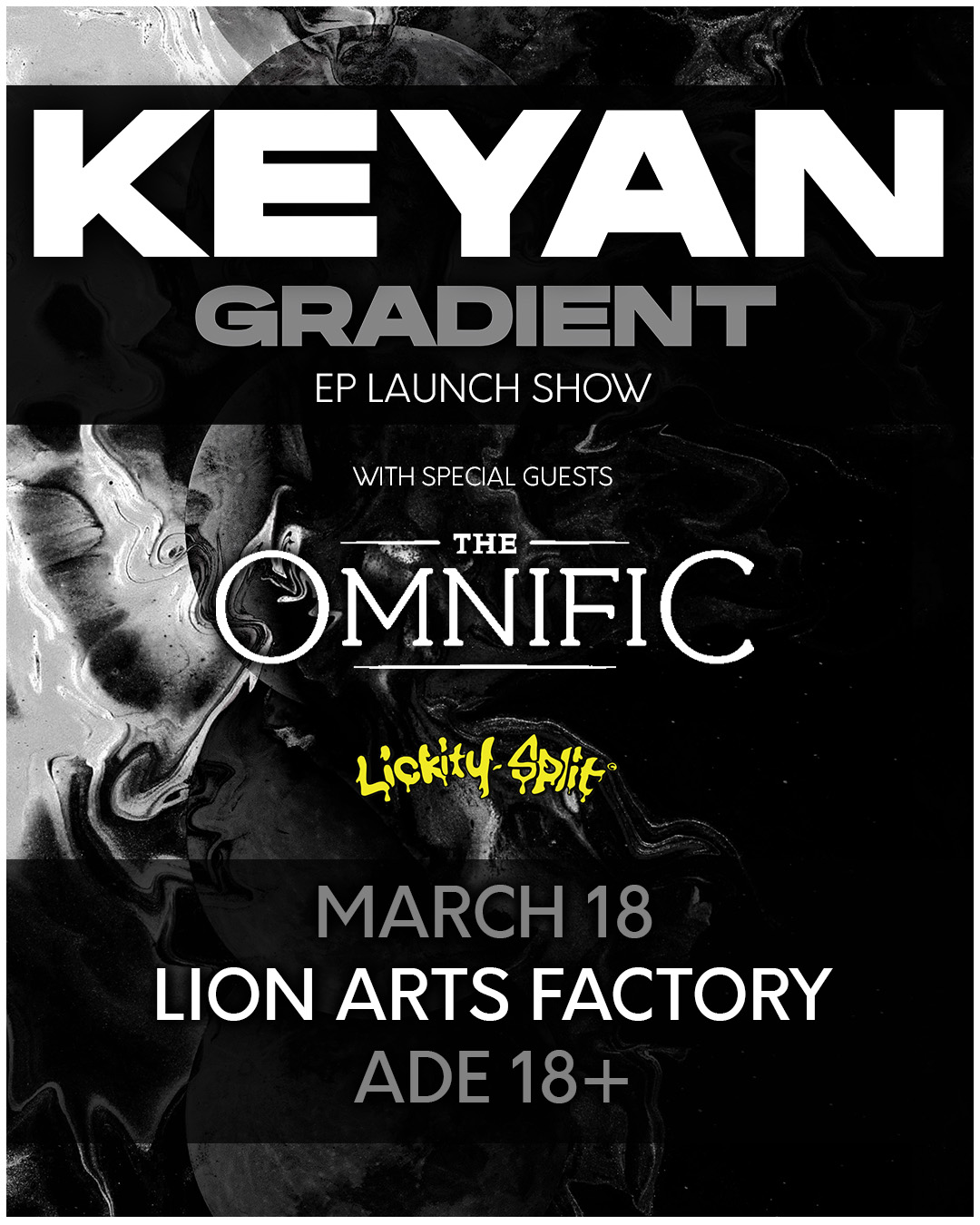 VOID OF VISION "Into The Dark" Tour