Golden Era Records artist, K21, is heading out on his first national headline tour in support of his

Dates and Venues below:

coming emcees to open shows around the country. Stay tuned for further details.

The long-awaited album project was produced primarily by K21, with additional help from Trials,

Jayteehazard, Linkrust (France). Assisting K21 with the rapping is a veritable 'who's who' of the

Australian and International rap scene including; Rhymefest (US), Mac Lethal (US), Hilltop Hoods, 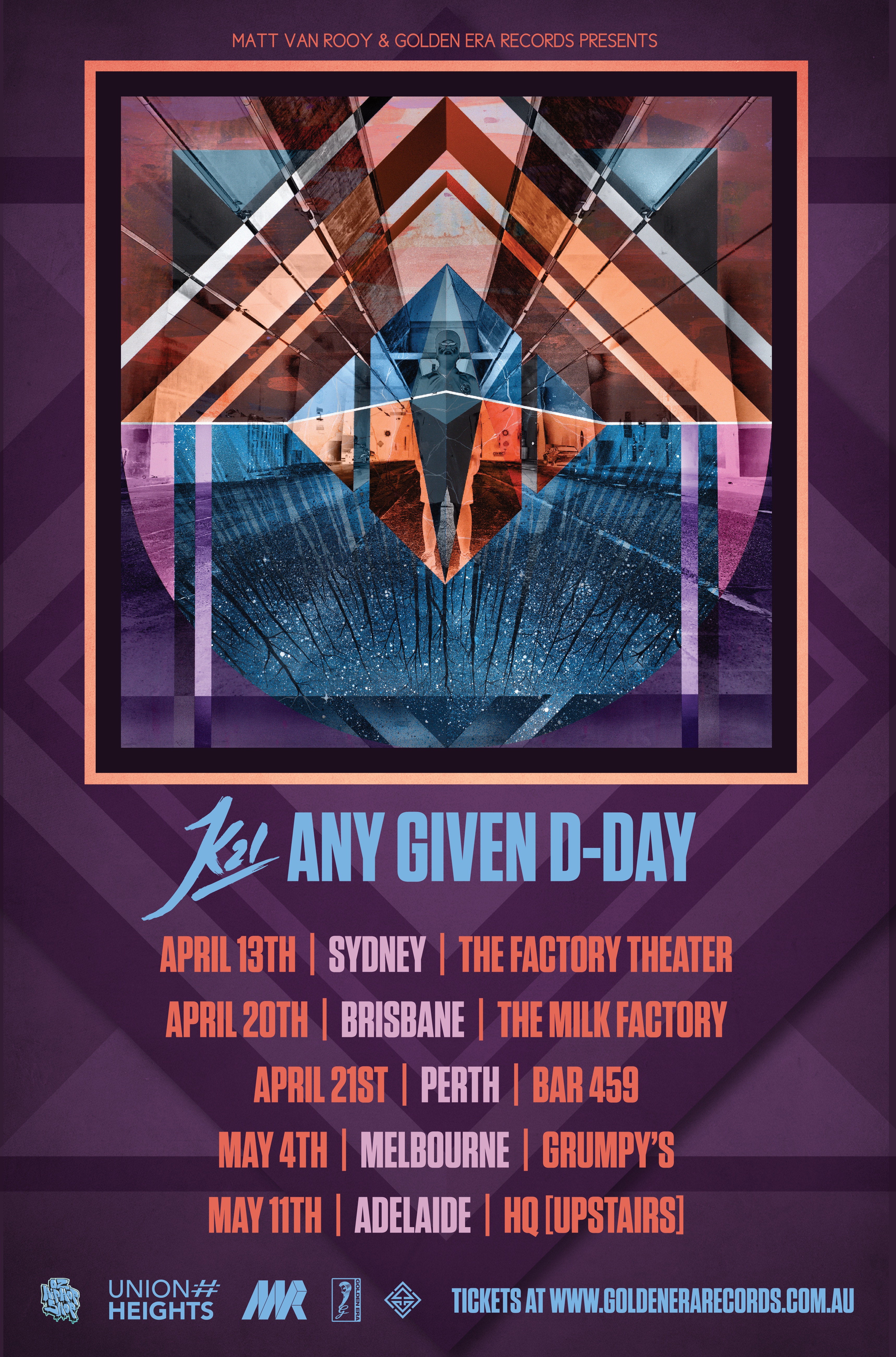