Destroy All Lines by arrangement with K2 Agency presents...

The voice that spawned an entire genre of imitators, John Garcia is returning to Australia in January 2020.

Over the last two-plus decades, Garcia has set the standard for the sound of the California desert. His work in genre-progenitors Kyuss speaks for itself; loudly, and with much fuzz, as do subsequent desert rock institutions he formed such as Vista Chino, Unida, Slo Burn and Hermano. His contribution to the legacy of rock n roll is relentless, not historical.

Now, together with The Band Of Gold, John Garcia is returning to satiate his eager Australian fans with songs from their latest, self titled record.

Featuring tracks like the rather relaxed Space Vato the album starts off a desertfest second to none that melts down a whole subgenre to its core with groovers like My Everything,Cheyletiella and Sturm-and-Drang-y Popcorn (Hit Me When You Can). Hypnotic closer Softer Side releases you back into reality...

Close your eyes and just imagine cruising down Route 66 in a Mustang Convertible. It’s just turned from dusk to night and there is nothing but the cool breeze, a lonely road and a coyote howling at the moon that’s illuminated with a map of the cosmos within it.
Now open your eyes…welcome to the world of John Garcia.


John Garcia And The Band Of Gold is out now
smarturl.it/JGAndTheBandOfGold 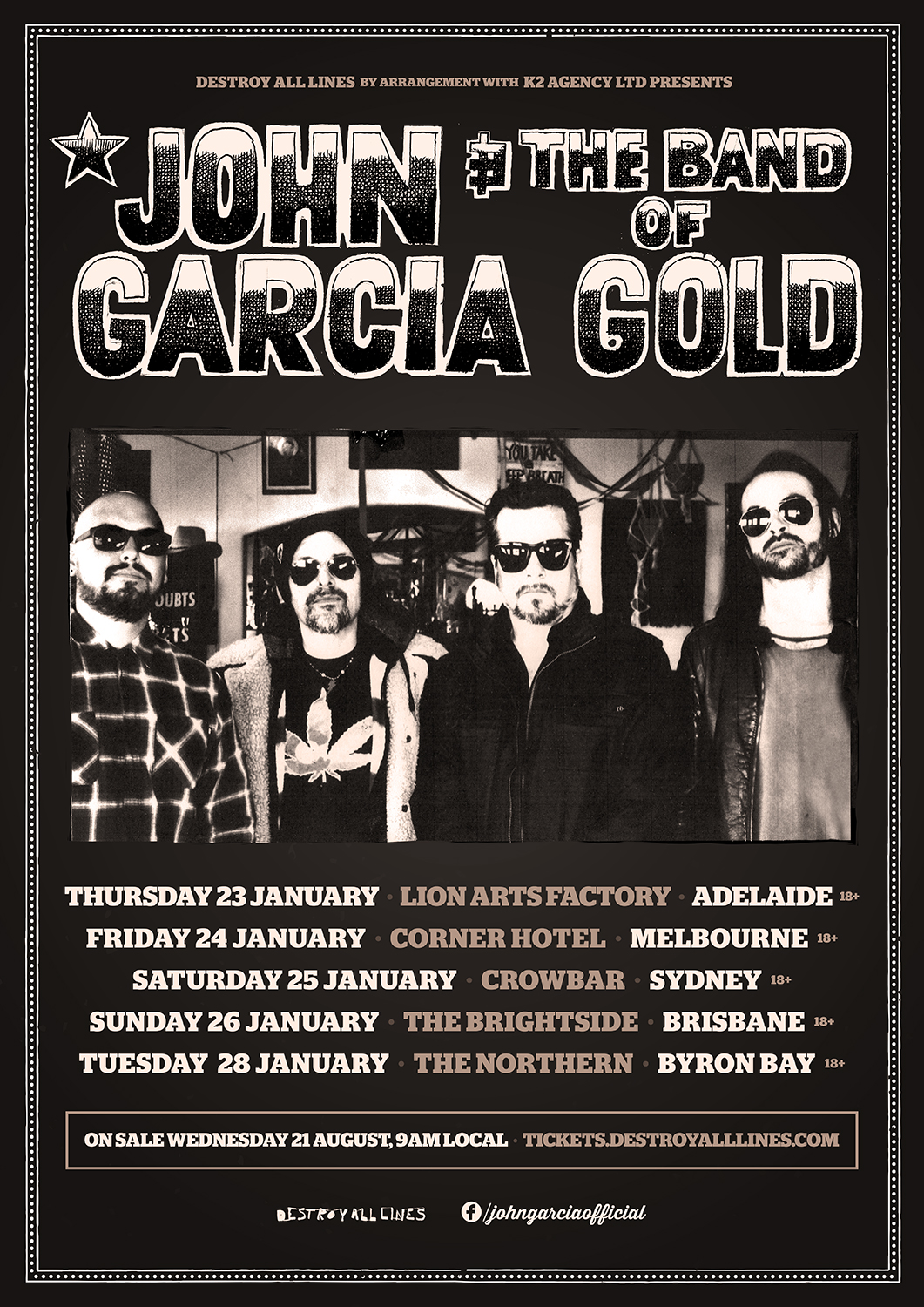