SUPPORTED BY FROM LOVE TO VIOLENCE

JOHN 5 & THE CREATURES WITH JARED JAMES NICHOLS - HAS BEEN POSTPONED. NEW DATES TO BE ANNOUNCED SOON.

All tickets purchased for The Zoo will remain valid for The Triffid.

JOHN 5 is one of the most influential guitarists of our generation. Best known for his time in Marilyn Manson and as the current guitarist for Rob Zombie, JOHN 5 has been a guitar player for some of the biggest headlining rock bands in the world as well as playing session with Paul Stanley, Rod Stewart, Lynyrd Skynyrd and more. Now JOHN 5 is heading to Australia, for his first ever solo shows here, to shred our nation to pieces thanks to Silverback Touring. Accompanying him is American blues-rock guitarist and singer JARED JAMES NICHOLS who is rated as one of the hottest players on the scene, also making his debut appearance in Australia. 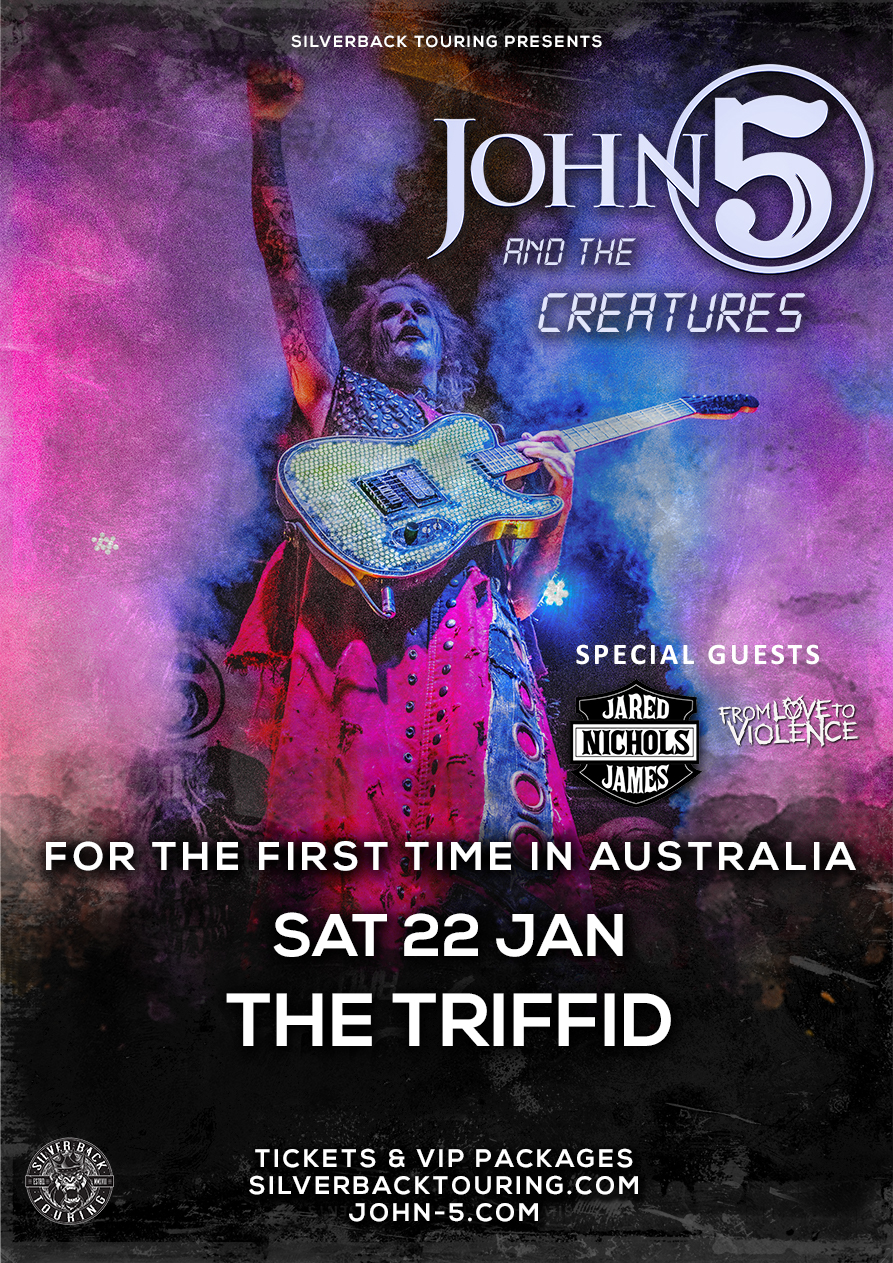 We will be going ahead with Brisbane, Perth, Hobart & Launceston as planned! Get your tickets now as these shows are selling fast! Can’t wait to dance with you all! xx Boo Seeka more »