If you put Krafty Kuts and Norman Jay in a blender 2 things would happen. You would end up with a bloody mess, but the resulting sound would be something like DJ Cash Money.

The word 'Influential' doesn't get thrown around alot these days. Why? Mostly because every DJ sounds the same. Dj Cash Money is not only a massively influential DJ, he is also one of the best.

Manly Wharf Hotel are literally frothing to bring you one of the worlds best party DJs this coming June long weekend.

Cash Money created the world famous Transformer Scratch. To Dj nerds this means alot. To other people this is the DJ scratch where his hands move really really fast and it sounds friggin awesome!

He has competed internationally, winning the prestigious DJ World Championship in the late '80s and being named Greatest DJ in the World. If that wasn't honor enough, turntable manufacturer Technics made Cash Money the first inductee into the DJ Hall of Fame in 1998.

Among his inspirations Cash Money lists Grandmaster Flash and Grand Wizzard Theodore, whom he saw in the early 1980s, while artists who count him among their own inspirations include British DJ Fatboy Slim.

He and Jazzy Jeff both emerged from the Philadelphia hip hop scene in the late 1980s. They shared a friendly rivalry and DJ'd parties together as the Kings of Spin.

In 1988, he partnered with MC Marvelous (born Marvin Barrymen) and released the single, "Ugly People be Quiet" (co-produced by Herbie "Love Bug" Azor) and the album, Where's The Party At? on Sleeping Bag Records. Cash Money has also produced and remixed tracks for artists such as Snoop Dogg, Busta Rhymes, Mantronix, Pm Dawn, Public Enemy.

We have some excellent local DJs shaking their boots to play alongside DJ Cash Money. Brenny B, Mo Funk and Tim Boffa.

Cash Money is on at 8pm! 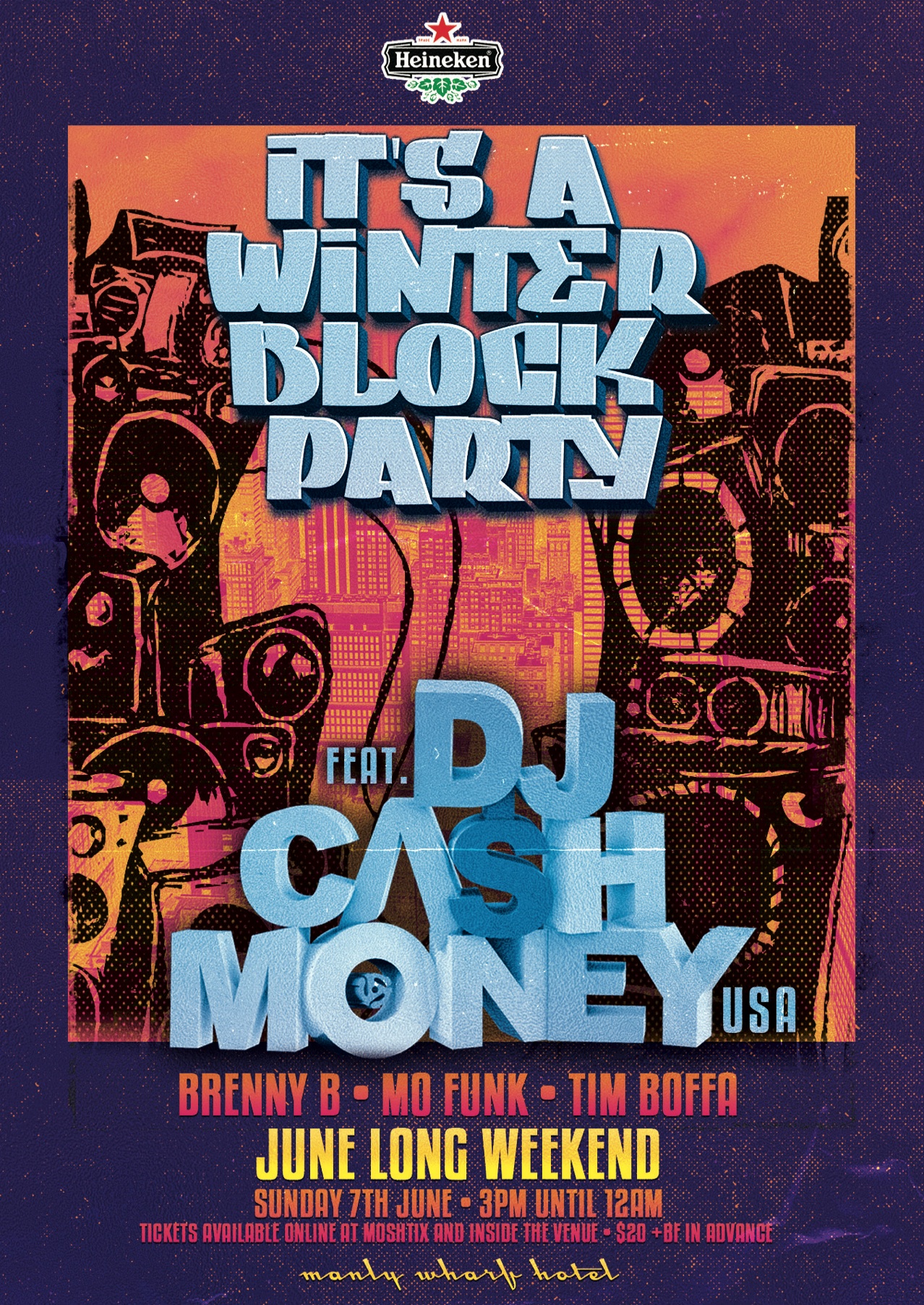