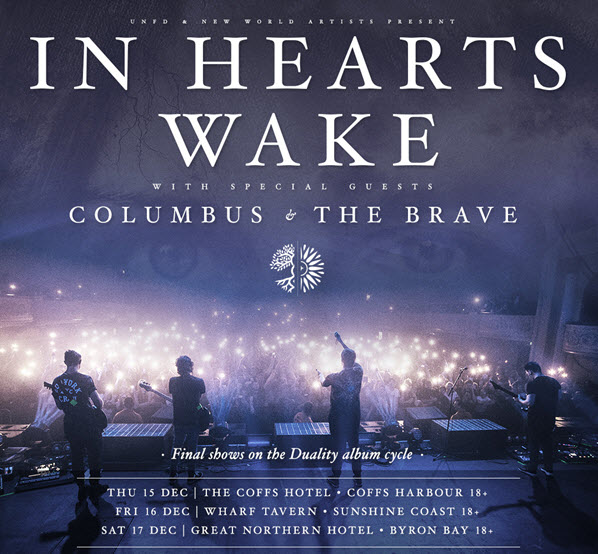 In Hearts Wake have announced the final dates for the Duality album cycle for this December, which will see the band play a very special trio of intimate shows in Coffs Harbour, Sunshine Coast and finally wrapping it up where it all began in their home of Byron Bay. Label mates Columbus and The Bravewill be joining In Hearts Wake as they conclude the dual album cycle for Earthwalker (2014) andSkydancer (2015).

Tickets on sale Thursday 20 October at 10am

Exclusive Pre-sale Tuesday 18 October at 10am
Fans who purchase pre-sale tickets will receive an exclusive In Hearts Wake tour bottle opener available for pick up at the merch desk.