To open up Hybrid weekend, we present no other than the self-love queen: Brooklyn MC Junglepussy. With support from seminal ‘Sydney’ voguers House of Slé and their rap weapon Jamaica, moody live flavours from NYUON and DJs UMAMI boss Stev Zar, Crown Ruler’s Lori and DJ Airhorn Mami — to say the absolute least, the catwalk stage of Geddes Lane Ballroom will be getting a workout. One show and one show only, very limited tickets on sale now.

𝙅𝙪𝙣𝙜𝙡𝙚𝙥𝙪𝙨𝙨𝙮 (𝙉𝙔𝘾)
Forever is an understatement for how long we’ve been waiting to host one of the baddest Brooklyn MCs and poster girl for self-love — the one and only Junglepussy. Since she hit the scene in 2014 her dilligaf lyrical style, charismatic steeze and dedication to empowerment, she’s inspired thousands of heads around the world to practice guilt free evenings of ignoring phone calls and sipping ginger tea & henessy. Not only is she a euphorically good rapper, the fashion world worships her, she models, acts, lectures, & styles whilst carrying a constant air of excellence and fucking hilarity.

𝙃𝙤𝙪𝙨𝙚 𝙤𝙛 𝙎𝙡é (𝙎𝙔𝘿)
From the groundbreaking success and cultural upheaval of Sissy Ball, comes one of the most significant forces of the underground Vogue scene in ‘Australia’, House of Slé, lead by Mother - Bhenji Ra. Giving voice and a platform to the vital intersections of marginalised communities and their young generations, H.O.S. centre femme energy and authentic expression as their resistance under oppresive systems. Their tight formations and cutting energy will have you in a multitude of emotions from pride to excitement to self love. We’re honoured to count them as part of our programme at The Warehouse & our opening show with Junglepussy.

𝙅𝙖𝙢𝙖𝙞𝙘𝙖 (𝙎𝙔𝘿)
One of the freshest talents to rise up in recent times, Jamaica Moana is an Aoteroan Sydney/Eora based rapper, voguer and performer. Following her debut single ‘Fur’ released in September 2018 with a punctuated flow that pops hard as Lil Kim, Jamaica blew up the runway on the Red Bull x Mardi Gras Sissy Ball earlier this year and continues to move from strength to strength. Catch her ferocious rap show during the warm up!

𝙉𝙮𝙪𝙤𝙣
Nyuon's playful yet rhapsodic style gives important insight to proclaiming experiences of the African diaspora through his intellectual and insightful flows. Emerging and rising voice of ‘Melbournes’ youth since 2015, he displays an assertive yet approachable disposition that captivates a diverse audience. Inspired by Fashion and Hip Hop from a young age, lately Nyuon has refined his techniques to form a line of attack that aims to bring together community and experiences that resonate to many in ‘Australia’. With his quick wit and fresh perspective we can't wait to host Nyuon at Geddes.

𝙎𝙩𝙚𝙫 𝙕𝙖𝙧 (𝙐𝙢𝙖𝙢𝙞)
Creator of the wildly successful underground club night ‘Umami’ and a rising star in the DJ’ing world, Stev Zar has not come to play around. Mixing Afro Beat, Ballroom (Vogue), Baile Funk, Jersey Club, Techno to Rnb and all them goodies in between, Stev Zar yields the crowd into a body euphoric, dance inducing, innate reaction to make you want to groove.

𝙇𝙤𝙧𝙞 (𝘾𝙧𝙤𝙬𝙣 𝙍𝙪𝙡𝙚𝙧)
One of the Hybrid curators and a head over at Crown Ruler, DJ & vocalist Lori operates on a one-way ticket to delivering music for the people. She can be frequently found around town spinning sets thick with kick kick snare, female rapper salutes, east coast nods, soulful dance tracks, adlibs galore and dark atmospheric UK flavours.

𝘿𝙅 𝘼𝙞𝙧𝙝𝙤𝙧𝙣 𝙈𝙖𝙢𝙞
DJ Airhorn Mami AKA Triana Hernandez — the stereotypically Capricorn af powerhouse who flexes just about any zone of the music realm you can hook onto a metaphorical benchpress. Her obsessions draw from neo-dark club, dembow flips of trap bangers and reggaeton infused rhythms. Grind hard or go home.

●︎ ●︎ ●︎
We acknowledge the Wurundjeri & Boon Wurrung people of the Kulin Nation as the owners of the land on which we operate, where sovereignty was never ceded. We pay our respects to their elders — past, present & emerging — and stand in solidarity with their ongoing resistance against colonisation. We have a limited allocation of comp tickets for Aboriginal & Torres Strait Islander people, and invite you to get in touch for details.

The top level where Junglepussy is performing is not wheelchair accessible. If you would like more info on the layout of the club please contact the venue. 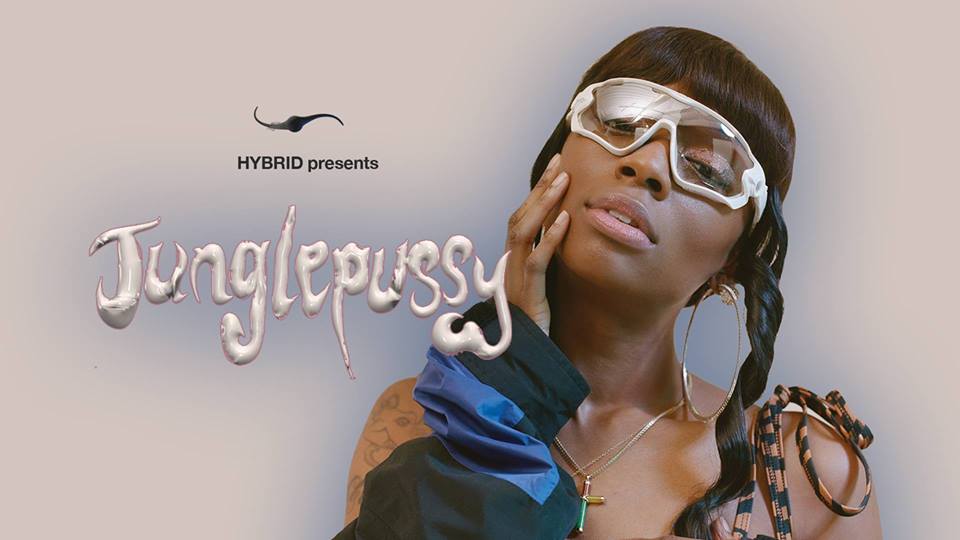