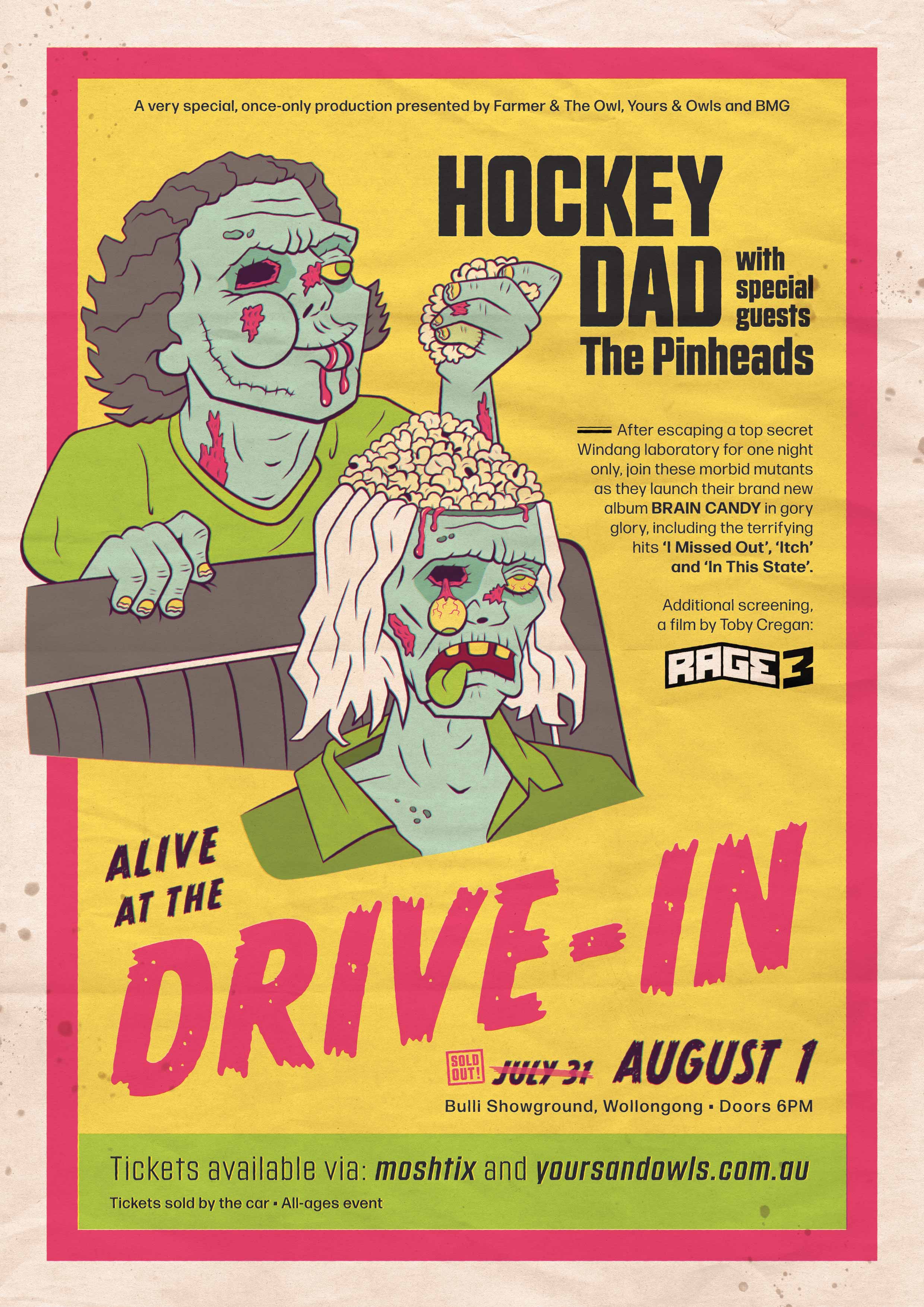 Seems there’s too many freaks in the neighbourhood! After announcing that Hockey Dad have broken out of lock-down and returning to the stage in a way that is unlike anything that has ever been done before, fans embraced by the carload. So much so that all tickets for the special ‘Brain Candy’ album release day gore fest were snapped up in 5 minutes!

After much convincing, the local authorities have given their blessing for a second and final show. “Alive At The Drive-In” PART II, the return of the zombie apocalypse will take place on Saturday August 1 at Bulli Showground in bloody Wollongong.

Doors will be open from 6PM with the event wrapping up at 9.30PM for those who dare to enter.

“We’re overwhelmed with the support and excitement around these drive in shows. Super excited to not only play live again but to get two gigs back to back! Thank you to everybody who has already snagged they’re spot in the passenger seat!’” - Hockey Dad share

Tickets will go on sale Thursday June 11. Horrifyingly only 400 cars will be allowed into “Alive At The Drive-In” PART II. Don’t walk….run to get tickets to this final show. Tickets can be purchased here.

After escaping a top secret Windang laboratory, fans have a second and final chance to join these morbid mutants perform their brand new album BRAIN CANDY in gory glory. The band will play in full their terrifying hits ‘I Missed Out’, ‘Itch’ and ‘In This State’ as well as their brand new single ‘Good Eye’ – released tomorrow. ‘Good Eye’ is the final taste, before the album’s July 31 release.

No need to be afraid, fans will experience the event in a similar vein to a drive-in movie theatre and watch from the comfort and safety of their own car with audio blasted via FM radio broadcast. The initiative will be in full compliance with the state’s public health act and the only exception of leaving a car, is for toilet breaks. All ticketing will be done by ghosts at the venue, not really, but tickets will remain completely contactless

Tickets will include a Hockey Dad “Alive At The Drive-In” exclusive poster with artwork by Reid McManus and a ghoulish goodie bag chocked full of exclusive Hockey Dad treats.

Supporting Hockey Dad will be Wollongong band, The Pinheads. Known for their chaotic, energetic, and unforgettable live performances, The Pinheads have played to audiences in the UK, EU as well as the US, and packed out shows across Australia. The five, sometimes six piece, released their second LP ‘Is This Real’ mid last year, and have been back in their home studio, titled ‘The Shed’, working on their next body of work. “Alive at the drive-in” will also hold additional surprises that are not yet announced and will need to be seen to be believed.

Featuring on the big screen at the event will be the epic surf doco Rage 3. Rage 3 was filmed over a year through Australia and Indonesia, we stacked up 6TB of clips and boiled all the hammers down into this film.

Hockey Dad injects a blend of raw energy and loveable irreverence into their dynamic, sun-drenched pop. The band recently released their energetic new single 'In This State' listen here. Their upcoming album Brain Candy, will be released on July 31 via BMG. The album is produced by John Goodmanson (Death Cab, Sleater-Kinney, Wolf Parade).

Tickets on sale this Thursday 11th June - 9AM on sale 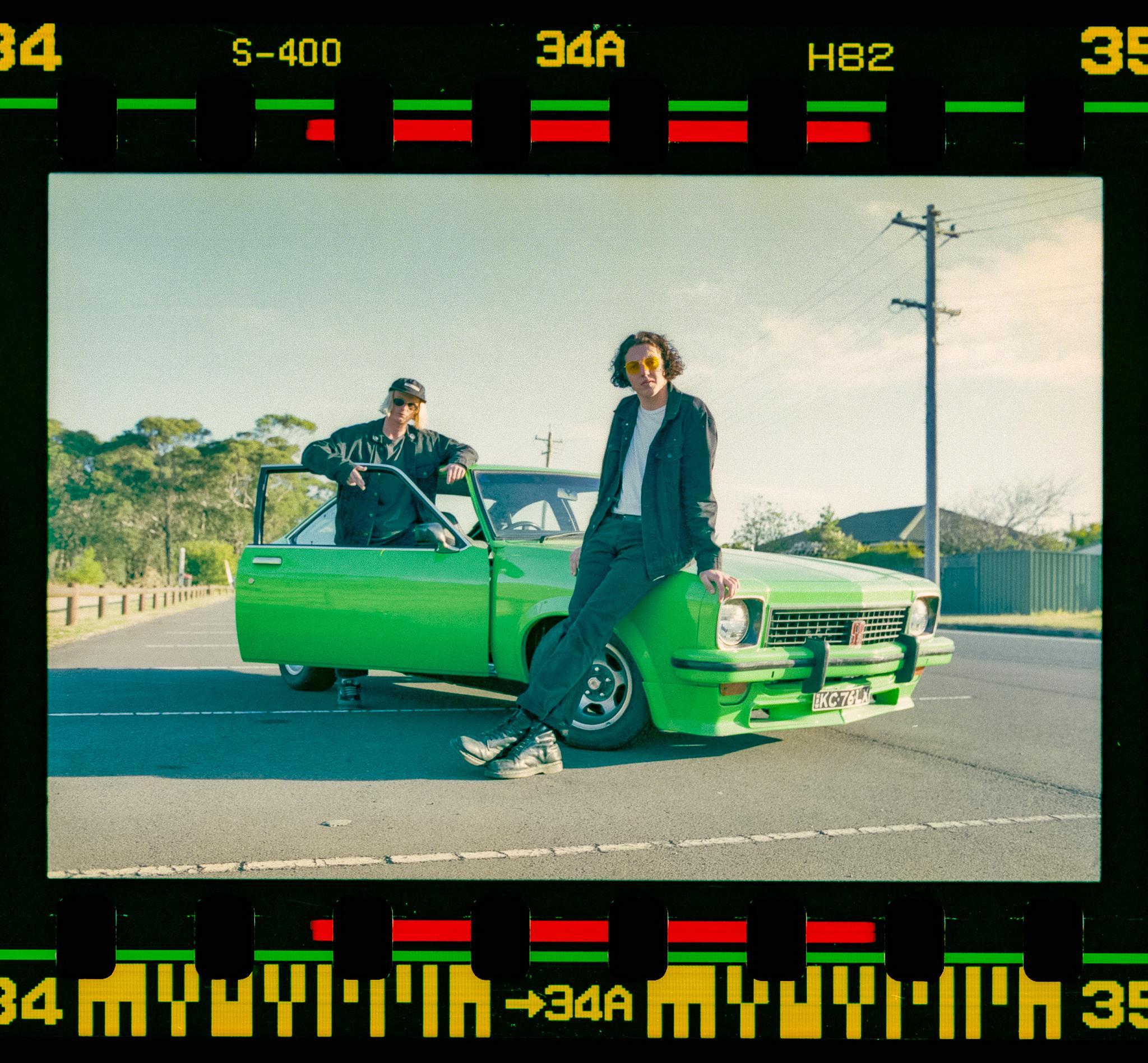 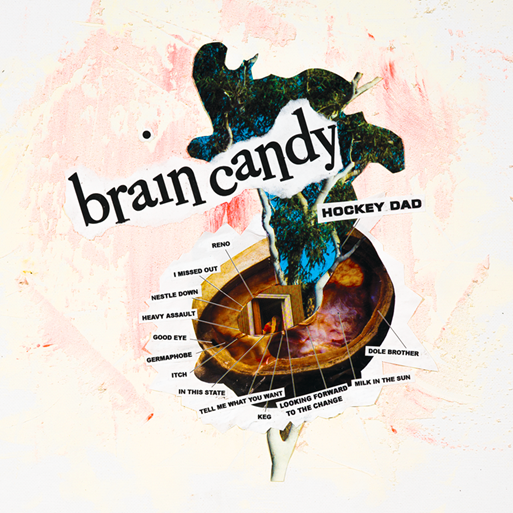 Hockey Dad - Alive at the Drive in - Album Release Show

This event has been reschedule to Friday 18th September 2020 more »

This event has been rescheduled, all ticket holders have been emailed with relevant information. more »