One of Australia’s most endearing and celebrated rock bands, Gyroscope, have just announced national tour dates and a self-produced new EP ‘4YRLV’ (pronounced ‘For Your Love’) – the first taste of music since their double A-side ‘Crooked Thoughts / Dabs’ released in 2017.

The grunge-soaked title track ‘4YRLV’ opens with a frenetic urgency, bursting out of the gate with monstrous drums, searing guitars and the angst-driven melodies of charismatic frontman, Dan Sanders. The song maintains its relentless progression consistently throughout; never swaying from its driving and compelling intensity. Two other tracks ‘Bloodstreams’ and ‘I Am The Night’ also feature on the release.

With new music and tour dates also comes the announcement that long time member, Rob Nassif, will be sadly departing the band and the ‘4YRLV’ tour will be the drummers last live shows with Gyroscope after more than 20 years.

The band pays tribute to Nassif via the following statement:

“We have done it all together, as a band of brothers. Not just in music, but in life. The four of us have been a band longer than we haven't; so, it is sad. But the fact that we are still best mates after it all is a true testament to this band and all that it stands for. We still have some unfinished business, and will continue without the great man sitting behind us watching our backs. Rob, we wish you everything for your next chapter, and say thank you for your legacy".

To coincide with the release and Nassif’s farewell, the band will partake in eight performances around the country, including stop-offs in Adelaide, Frankston, Melbourne, Sydney, Canberra, Perth and appearances at Scene & Heard Festival in Cairns and Brisbane.

"Saying goodbye to this wonderful band was never going to be easy," says Nassif. "The fact I get to lap this country one last time to play for you all will be very special. Thanks to all the fans who's love of our band has enriched my life in so many ways. I am eternally grateful to Zok, Brad and Dan for their hard work, talent and passion for chasing down our musical dreams. Quite simply, playing in Gyroscope has been one of the highlights of my life and I will treasure the memories we've created. Living overseas the past few years has made creating new music challenging and I am happy that the boys will be continuing on, no doubt writing some brilliant new songs. Onwards and upwards lads!".

Since their inception in 1997, Gyroscope have become an undeniable mainstay within the Australian music scene, with a fanbase that spans across the young and old. They’ve continually released critically-praised records, including their third studio album ‘Breed Obsession’ that debuted at no.1 on the ARIA charts. By August in the year of release, the album was certified gold by ARIA. Multiple tracks have also featured in the ARIA charts and triple j’s esteemed Hottest 100.

Over their career, the group have also performed at festivals Big Day Out, Groovin’ The Moo and toured with the likes of Jimmy Eat World, Blink-182, Brand New, Fall Out Boy and Dashboard Confessional. 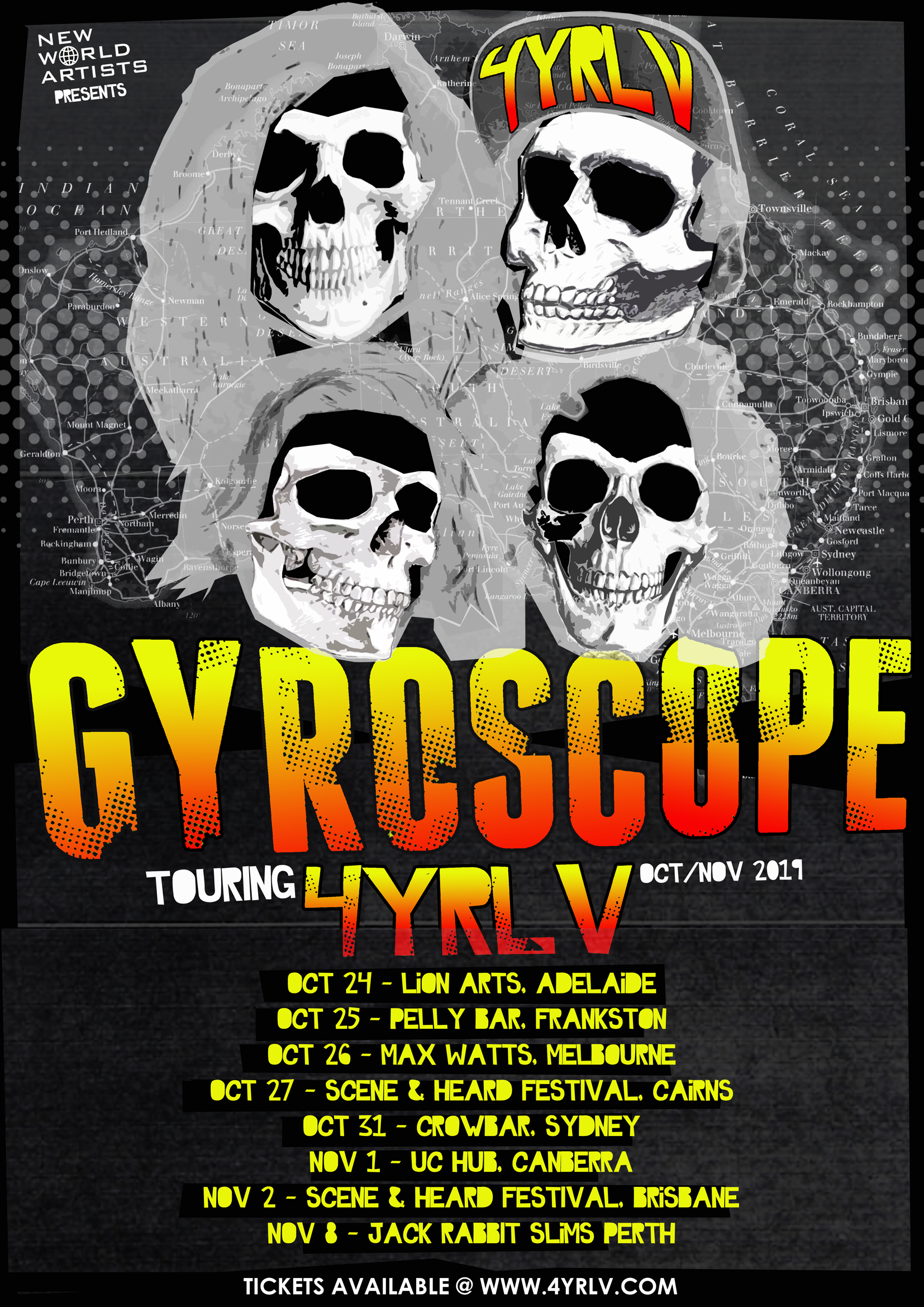 THE VERY BEST OF PINK FLOYD

5 Seconds Of Summer Are Heading On Tour This November

WIN: A VIP Experience For You And Your Bae To Farmer And The Owl Festival