Swedens greatest Stoner Rock export GREENLEAF are back again in Australia ready to give us a dose of their latest album "Hear the Rivers" in November 2019.

The boys of Green will this time hit Melbourne, Hobart, Adelaide, Wollongong, Sydney, Brisbane and Gold Coast giving us even more love than they did on their debut last year.

The Retro Stoner Rockers left Australian fans with huge demands on their debut in March 2018 after they played a run of shows all over the continent, giving Australia an appetizer of what is now spinning on all vinyl players across the globe.

GREENLEAFs eighth album "Hear the Rivers" was released in November 2018; and is a testament to their ever-growing love for classic rock, dynamic song writing and emotional rollercoasters of songs that appeal to the old school rockers and stoner metallers of the world.

Reviews of late from reliable sources:

The writing of "The Rivers Lullaby" manages to do so in such a poetic and majestic way, seriously what a way to finish such a well-rounded album - Simon Russell-White

Come and see the fun loving gentlemen of Swedish Stoner Rock in your town this November and get ready once again to party even harder. 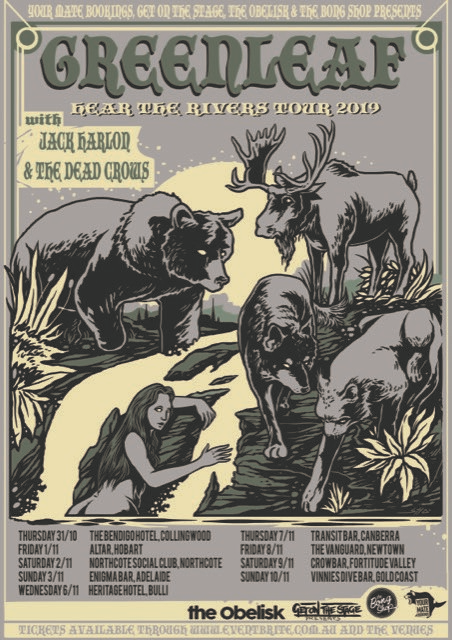