***As a result of Andy Gill suffering from a serious chest infection (which has been causing him breathing problems) he has been advised by his doctor not to fly and so we need to postpone the Australia & New Zealand tour to November.

Andy would like to thank all the fans who have sent him messages of support.

All tickets remain valid for the new shows.***

GANG OF FOUR play Entertainment! (Damaged Goods, Anthrax, Naturals Not In It, At Home He’s a Tourist etc) in Full to celebrate its 40th Anniversary!

+ encore of other Hits (I Love a Man in Uniform, What We All Want, Paralysed, To Hell With Poverty + more)!

‘one of the most influential bands in punk history’ (Mancunion)
'GANG OF FOUR are glorious. They sound enormous. They have a whiff of danger and revolution about them' (Louder Than War) 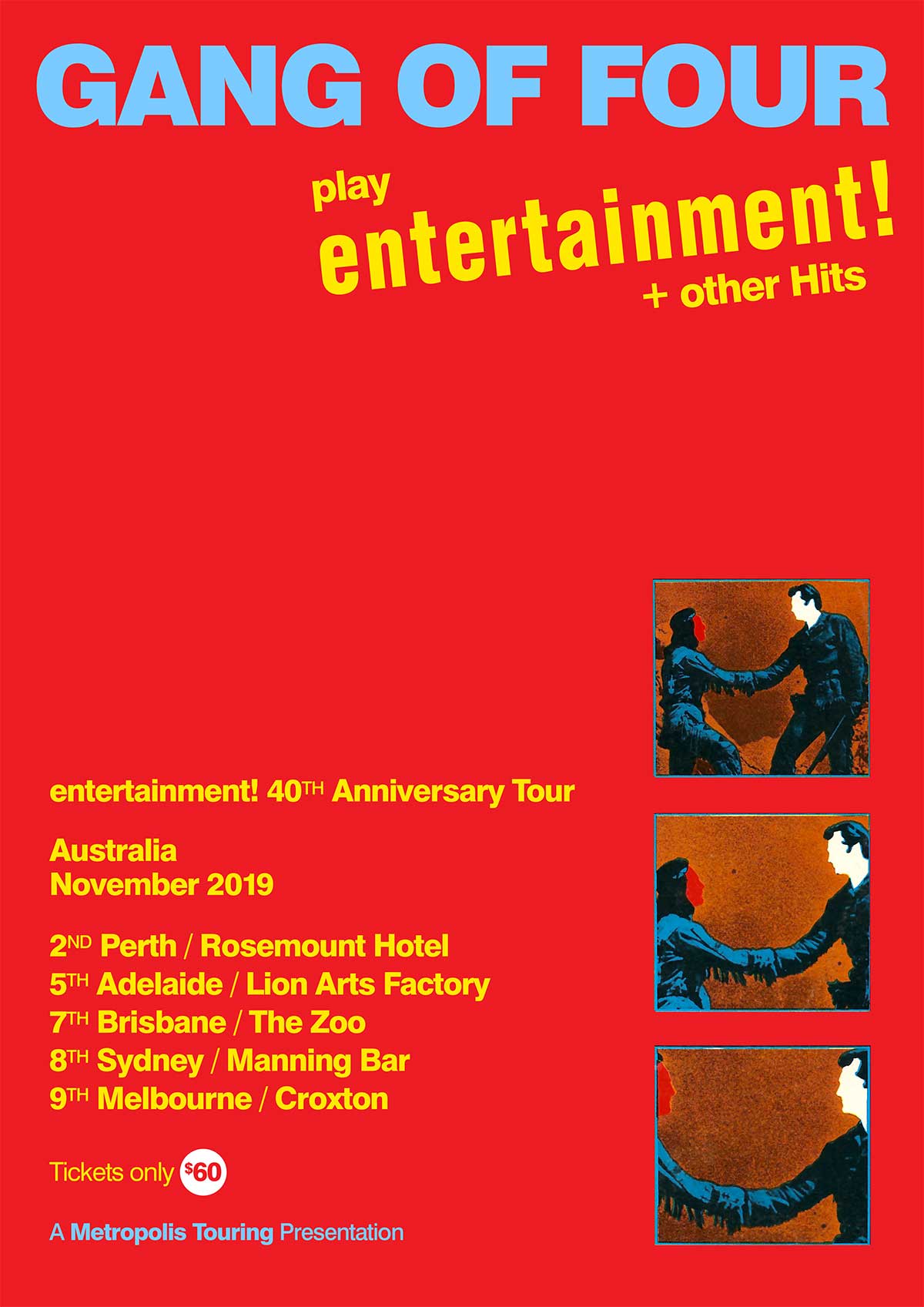