The roots of punk were sown the mid 70’s
across America, the U.K and Australia. The
likes of The Sex Pistols, The Clash and the
Ramones pioneered a culture best summed
up by Sid Vicious as, “No Future”.

It was amid the unemployment and
social unrest in 1977,"punk's
nihilistic swagger was the most thrilling
thing in England.”

With Hits like; Mony Mony, Flesh for fantasy, Sweet 16, Dancin with myself, Rebel yell, L.A Woman, Don't need a gun, Got to be a lover, and many more...

With the International Talents of :

"Lets riot in the streets" -

or at The Central Club May 24th anyway 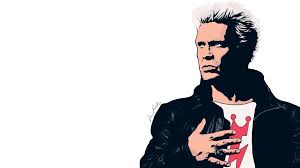 AMYL AND THE SNIFFERS