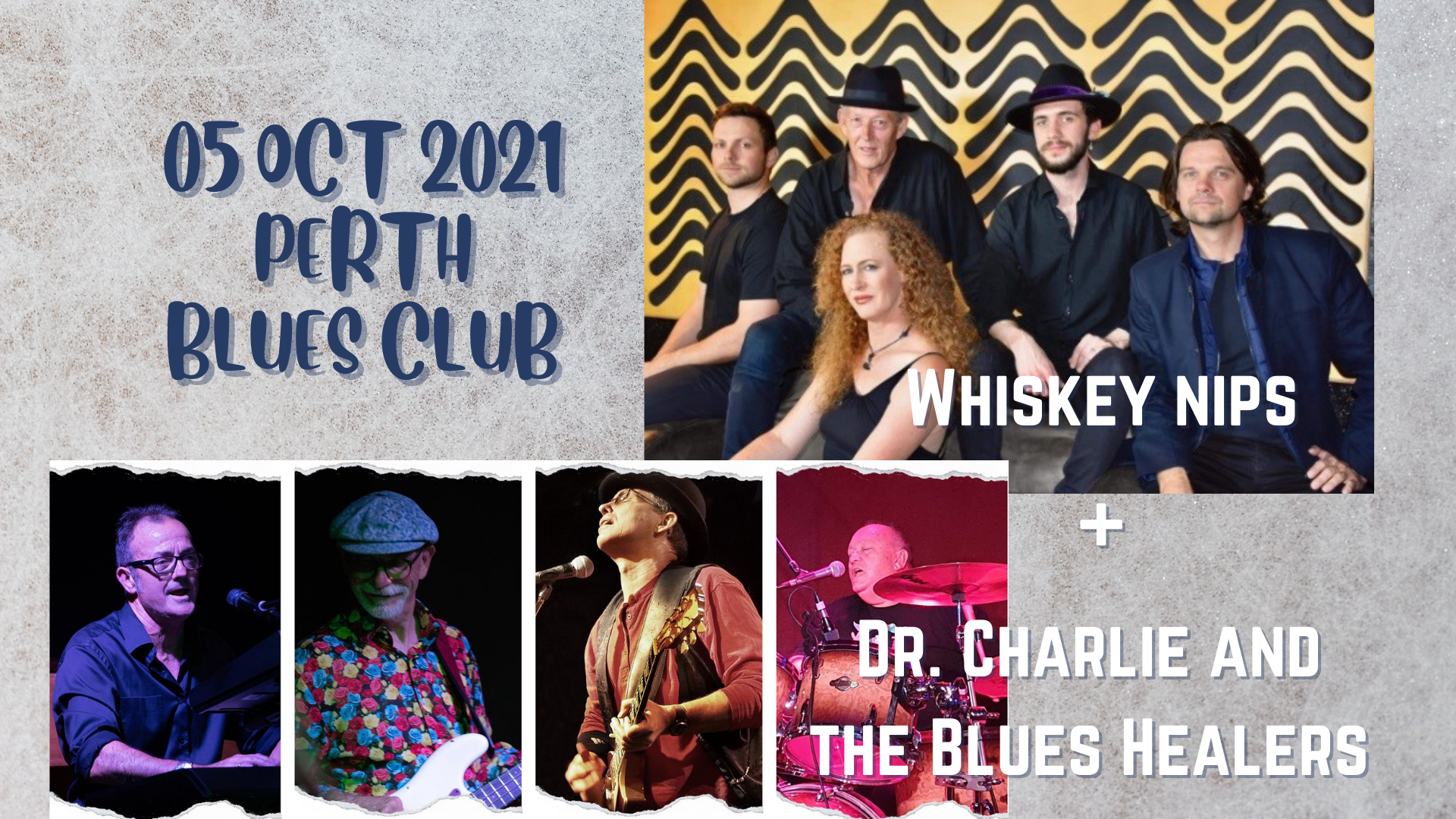 Covid has had a dramatic affect and resulted in two long standing members “giving up the ghost” leaving we old stagers to carry on!
Of course we are looking forward to playing at the club again, it’s been over a year since our last performance there!
This year the band welcomes new members Robert Bailey on Bass guitar, and Paul Hitchins on drums. Robert was an original member of AC/DC. He appeared in video footage of AC/DC, the Last Picture Show Theatre and was a band member during the recording of their debut album High Voltage. Paul was a member of “the Sports”. The band enjoyed considerable success during the late 70’s, and had several top 40 singles including “Who Listens to the radio” The band won the “King of Pop Award” voted by the readers of TV Week.

Like a good Nip of Whiskey, The Blues eventually  needs to be drank. It's been bottled up for years and now the shots are on us. This rich tapestry of blues is blended from single riffs from the dirty South with hints of pure notes from the Highlands. Come and get your shot of the Blues.
Kirsty Finn / Vocals. A single malt that has been busting to jump out of the bottle and deliver strong flavoursome rich vocal notes to delight your senses.
Andrew Pring / Harmonica, Aka “Blew Drew” A blended infusion from an eclectic mix of influences. Inspired by Blue Shaddy and Jean Guy Lumiere. Drew has taken his interpretation of the blues and given it a twist with some trademark effects to sweeten the taste. Has been mixed with Michael Franti, Jeff  Martin, Minni Marks, Hussy Hicks and is a long term member of Dilip'n the Davs.
Daniel Wiggins / Guitar. Esteemed for his virtuosic guitar playing and enigmatic song writing, Wiggins has gained notoriety across WA as both a prolific solo artist (releasing 7 albums since 2016), and as former member of WAM award-winning band, Dilip'n the Davs.
Jonathan Redmond / Bass has been playing bass in local scenes in Perth and Detroit. He has previously played with Tim Minchin, Joey Gaydos Snr (Mugsy, Weapons), Joey Gaydos Jnr (School of Rock), Matty T Wall and Moondog Jay. He currently lives, works and grooves in Fremantle."
Adrien Grd / Drums. Not much is known about this mysterious drummer who wandered into the studio and started hitting things with sticks. We believe he originated from somewhere in the South Pacific.