Dead Wi†ch are five friends spell-casting their brand of sparkling psychedelia with undertones of rock & roll and 60s garage revival, sharing their debut single “15 Dennies” - out on May 27th!

‘15 Dennies’ is a straight up and down slice of rock & roll, a heady brew of fuzzy guitar and thumping drums, about a big night out in the perfect pair of lucky black stockings (15 denier, FYI).

After a solid twelve months of developing their sound, sharing the stages of Sydney’s finest live music venues with bands like Body Type, Pacific Avenue, Caitlin Harnett & The Pony Boys, and The Delta Riggs, Dead Wi†ch have well and truly arrived.  The band’s debut track was recorded at Stranded Studios, mixed by Bowen Shakalis (Caitlin Harnett & the Pony Boys, Shining Bird) and mastered by Nick Franklin (Polish Club, Straight Arrows.)
To celebrate, the band are also hitting the road this June with a run of east coast shows - bringing the infamous Dead Wi†ch live experience with them, and joined on stage by a stack of good mates! 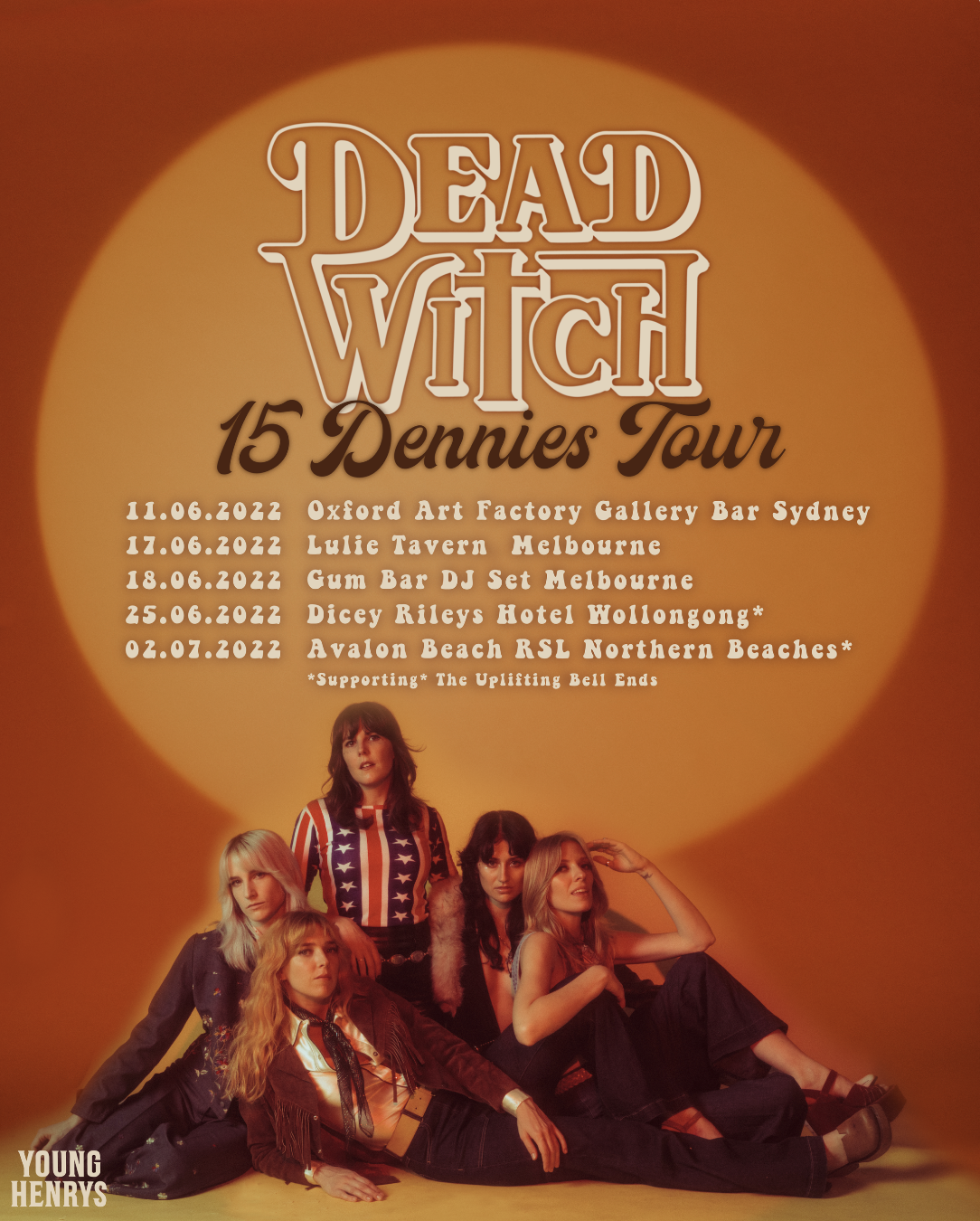 Body Type - Everything Is Dangerous But Nothing’s Surprising – Album Tour

With Chimers + The Carnations more »

The Harbour Agency in arrangement with The Bridge Hotel presents Freshly Squeezed, a night dedicated to uncovering the next batch of great Australian artists. more »