With the release of their album 'BATS' just a week away, Cub Sport have announced their BATS Album Tour with tickets on sale tomorrow.

The band have had a crazy fortnight with an online video of Tim and Sam's engagement clocking up over half a million views in just under a week, their BIGSOUND performance making waves and their latest single 'Chasin' being added to triple j rotation.

The BATS album tour will make its way around Australia in the biggest venues of the band's career, including the opportunity for all-ages fans to see them in Sydney, Melbourne and Brisbane, plus 18+ shows in Adelaide and Perth.

Largely written, recorded and produced at home by frontman Tim Nelson, BATS is an intimate album inspired by experiences of self-doubt, growth, partying, coming out, learning the power of self-acceptance, self-belief and falling in love. While rooted in pop, the record is an unhindered sonic exploration with soul and R&B influences.

Fans across the world have been drawn to the aura of honesty, vulnerability and sincerity as was evident on the album's first single 'O Lord' and has continued with 'Chasin', a song written as Nelson came to grips with the feelings he had for bandmate Sam Netterfield.

"In the middle of 2015 I went on a writing trip to LA and London," explained Tim. "I enjoyed getting to write and record with some really talented people but I was sad for most of my time away. I missed Sam so much and I was just asking myself the whole time, why am I putting myself through this?! It made me realise that I was in love with him which was equal parts exciting and distressing. I'd hardly come out to myself and the idea of coming out to anyone else was terrifying."

BATS hits stores and online on September 22 with pre-orders available now, including the awesome limited edition 'BATS splatter' vinyl which would be nominated for 'best vinyl art of the year' should that award exist. Pre-order now from http://found.ee/vHRC7. Pre-orders will receive *FIVE* exclusive songs before release - 'O Lord', 'Chasin', 'Jellybean's Graduation Song', and 'All The Time' upon pre-order and 'Mountains Higher' this Friday.

Tickets to the BATS 2018 Tour go on sale tomorrow with tickets available through www.cubsport.com. 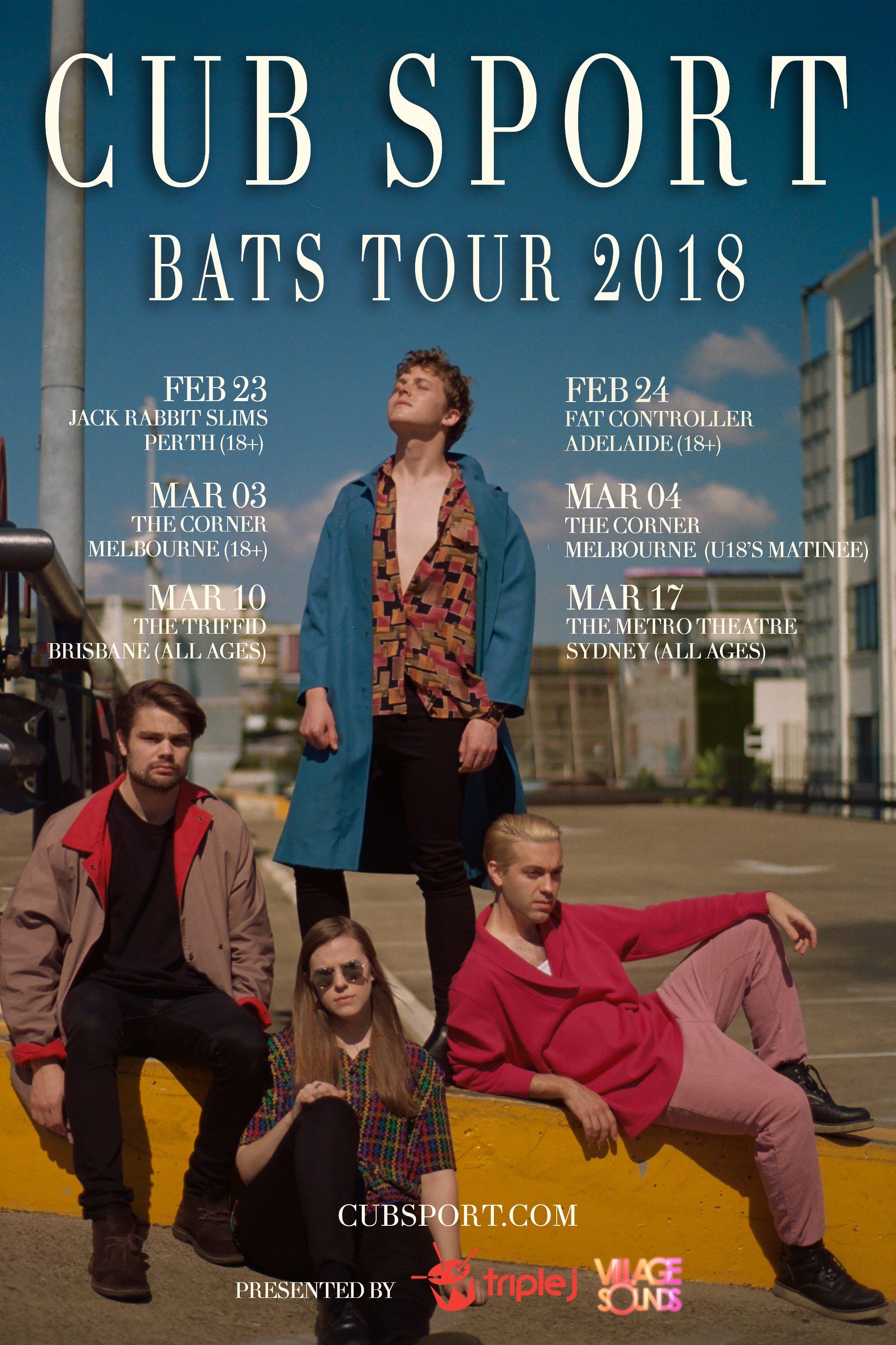 Following feverish anticipation, Body Type is taking their debut album Everything Is Dangerous But Nothing’s Surprising on tour across Australia. more »

Live music in the clouds! more »