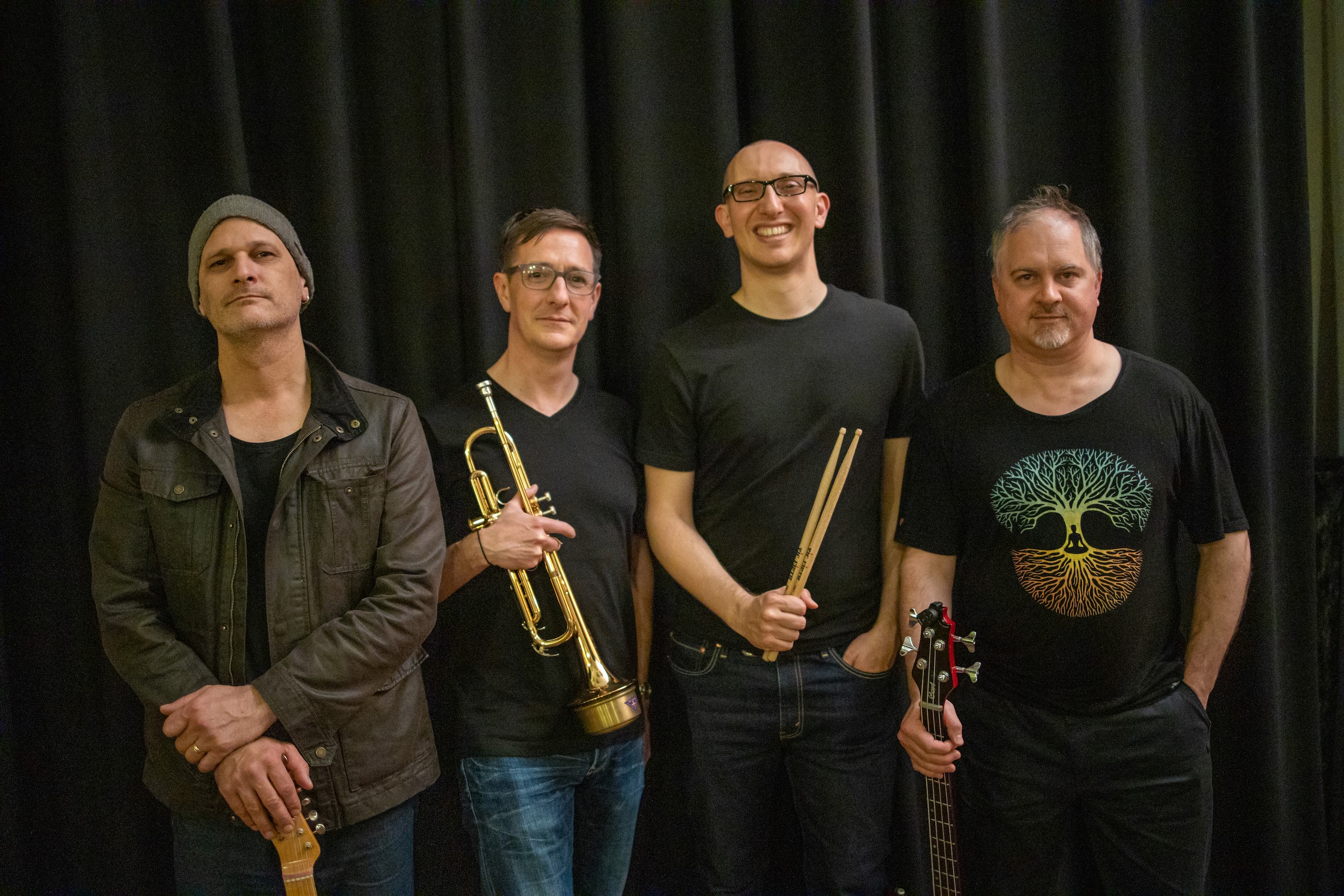 Internationally acclaimed jazz trumpeter Adrian Kelly is back with his second album “Cry, Wolf!”. This latest groundbreaking project is the hugely exciting launch of the debut album for Adrian’s electric quartet, AK4, which has attracted national and international interest - and funding - for its use of A.I. technology.

Incorporating cutting edge artificial intelligence into his music, developed by Hong Kong composer/programmer Wing Sang Wong (Wilson), the program is essentially written so that the computer 'listens' to the performers in the Quartet and then reacts and improvises electronic sounds based on what they are playing.

Witness Kelly live in concert, directing the computer to listen to and control variables like the rate-of-change and volume. Expect a show unlike anything you've seen before when AK4 unveil their fifth member at the Duke of George in October!

AK4 is something of a supergroup, featuring some of WA's finest players both on the record and hitting the stage; Adrian Kelly on trumpet, Daniel Susnjar on drums, Pete Jeavons on bass, and Simon Jeans on guitar.