I OH YOU is thrilled to announce that Melbourne’s City Calm Down will hit the road this Spring, bringing their Television Tour to Sydney, Adelaide, Brisbane, Perth and Melbourne in October 2019.

Following on from a late Sept/early Oct tour of the UK and Europe, these dates will celebrate the release of the band’s hotly anticipated third album, Television – released Friday 23 August via I OH YOU. Pre-order the album (including limited special white vinyl edition) here.

City Calm Down’s intimate preview gigs back in May saw them perform two sold-out nights at Melbourne’s Howler and a sold-out Oxford Arts Factory in Sydney, where fans got the first taste of their upcoming – and decidedly ambitious – third record. Television sees the band get out of their comfort zone and present us with something faster, simpler and tougher. This is City Calm Down like you’ve never heard before.

Tickets for October’s Television Tour go on sale 9am (AEST) @ Friday 12 July. Be quick – these shows will sell fast! 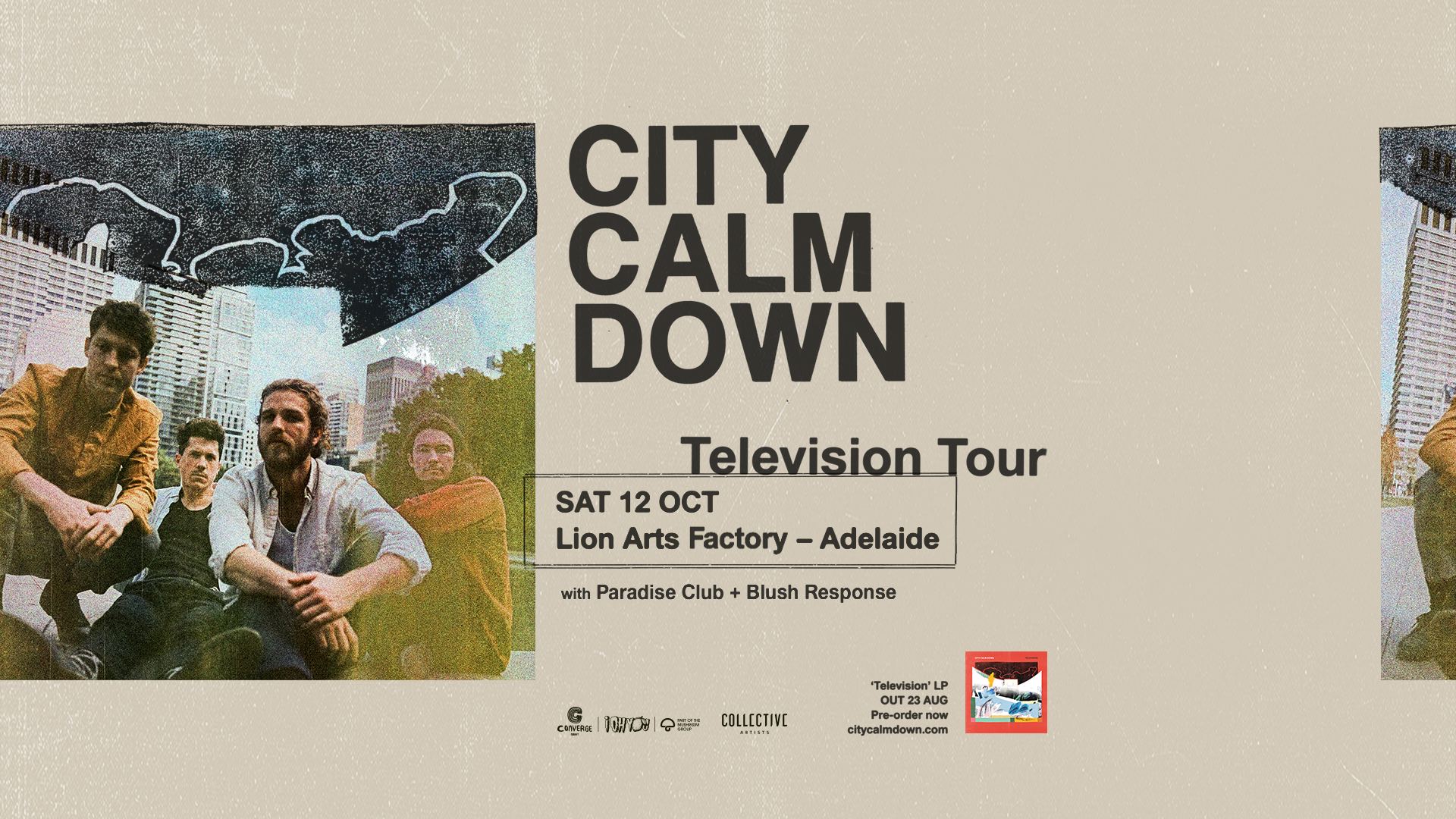