How many hats can one man wear....

Christian Lutz brings his incredible observational humour highlighting many of the struggles (and the occasional successes!) of trying to steer the ship of family life when you are looking after kids and aging parents.

AT THE SAME TIME.

Whether you are looking in on this world or are deep down in it, you'll relate on so many levels.

Christian Lutz is Australia’s laid back and relatable comedian, taking to comedy and corporate stages around the country.

Bursting onto the comedy scene at RAW Comedy in 2013, he became WA State Finalist and went on to perform in front of crowds around Australia and the USA.

Gracing the countries best comedy lounges, he has quickly gained high praise from crowds and fellow comedians alike, with his brilliantly weaved stories making you laugh at every turn.

Writing and performing his show “Living the Dream”, full of observational humour, for the 2017 Melbourne International Comedy Festival, he has continued his success, touring this show around Australia.

Christian is your mate with the 20 best stories, so gather around the metaphorical BBQ as he takes you on a side-splitting journey into this ironic and crazy world.

"This feels like a show for the Australian everyman, in the spirit of Dave Hughes and Dave Thornton"

“Awesome performance... So entertaining: funny stories, well told. You are one talented bloke.” 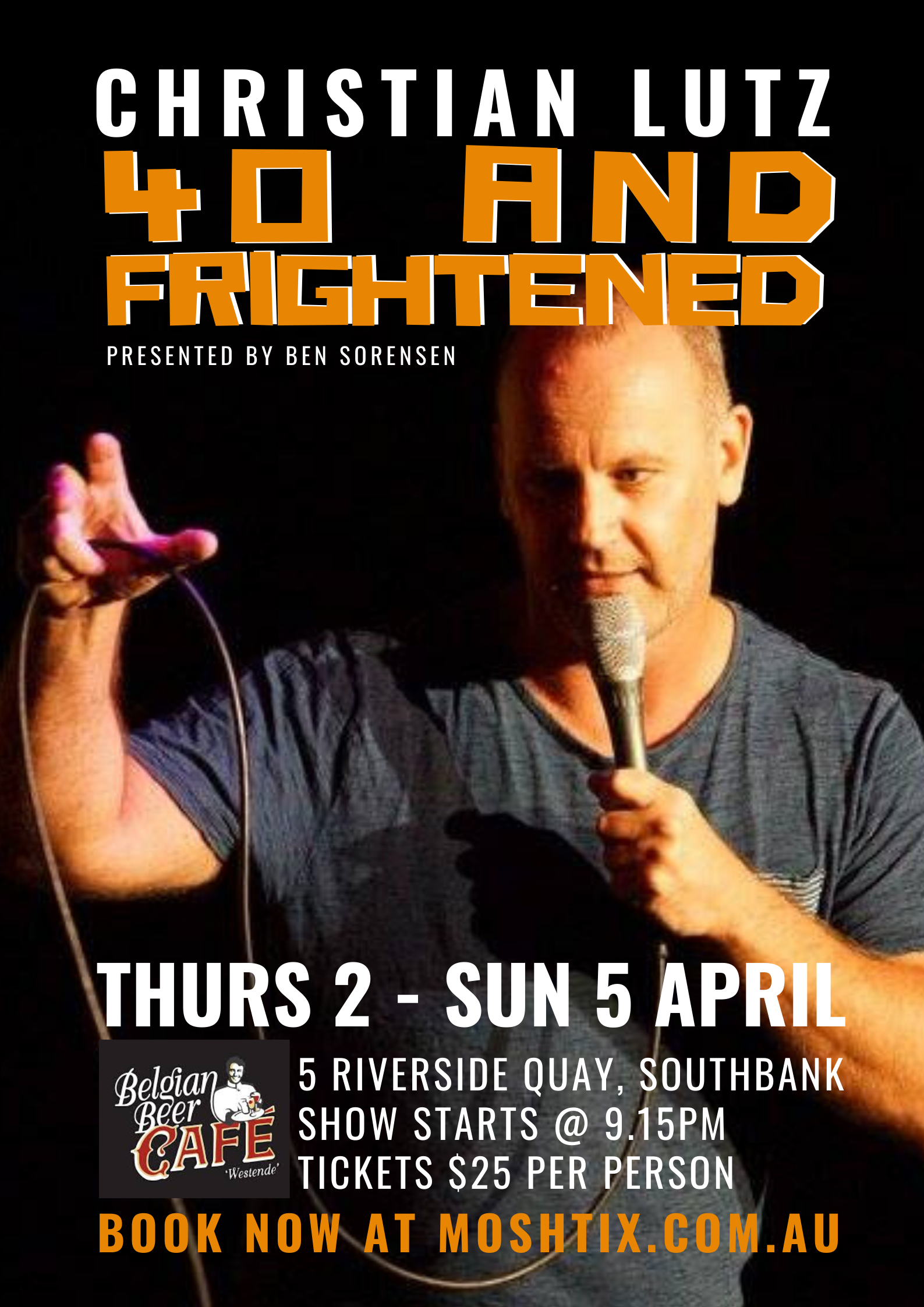 All Ben's events are LGBTQIA+ Friendly and intended as a fun safe environment for everyone.