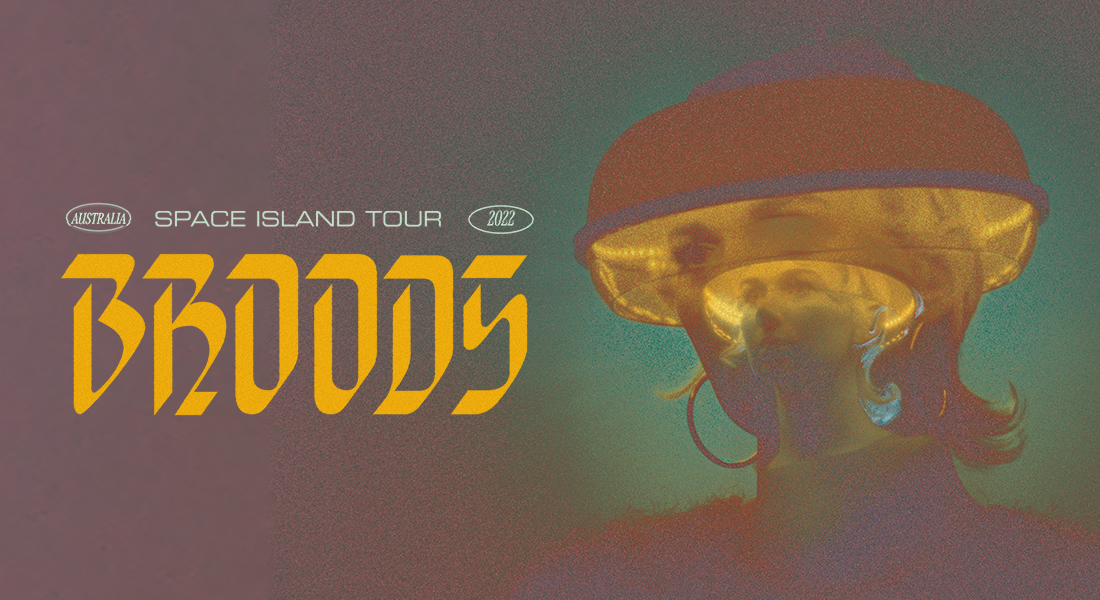 MELBOURNE, AU (Nov 10, 2021) – Chart topping sibling duo BROODS today announce their Space Island album tour, coming to Australia March 2022. The tour will kick off at The Triffid in Brisbane on Wednesday March 23 before heading to Sydney’s Metro Theatre on Friday March 25 and wrapping up at Melbourne’s iconic 170 Russell on Thursday March 31.

The fourth full-length from BROODS, Space Island, is an exploration of grief and all its many dimensions. In keeping with the New Zealand-bred duo’s unfettered imagination—an element they’ve brought to multiple platinum- and gold-certified records so far—the album’s 10 tracks exist in a surprisingly radiant sonic realm, its aesthetic equally inspired by ’60s sci-fi B-movies and the balmy exotica of composers like Les Baxter. The most high-concept output yet from BROODS—a ten-time New Zealand Music Award-winning act who’ve amassed over a billion streams to date, collaborated with the likes of Lorde and Tove Lo, toured with HAIM and Taylor Swift, and taken the stage at major festivals such as Coachella and Lollapalooza—Space Island came to life during a period of serious upheaval for lead vocalist Georgia Nott. Having married at the age of 21, she went through a difficult divorce soon after the release of BROODS’ previous album Don’t Feed the Pop Monster (a 2019 effort that led to appearances on “Late Night with Seth Meyers” and “The Late Late Show with James Corden”). As Georgia turned to songwriting as a means of processing her grief, she and her brother/bandmate Caleb Nott discovered an unlikely but wholly fitting vessel for that emotional outpouring: the album’s gorgeous constellation of otherworldly beats, swooning guitar tones, and effervescent synth lines. As a result, Space Island introduces a dazzling new intensity into BROODS’ atmospheric indie-pop while providing a powerful conduit for catharsis.

Tickets for all shows go on sale at 11am, Tuesday November 16.

My Live Nation members can secure tickets first during the exclusive pre-sale beginning 10am, Friday November 12.