The much anticipated return of British India happens this Spring 2019 as the boys return to the stage after a 12 month layoff, following the departure of lead guitarist Nic Wilson 2018.

The band will embark on a run of live dates on the east coast throughout October and November, including festival performances at Stonefest in Canberra,  Scene & Heard in Brisbane and BIG Festival in Geelong. 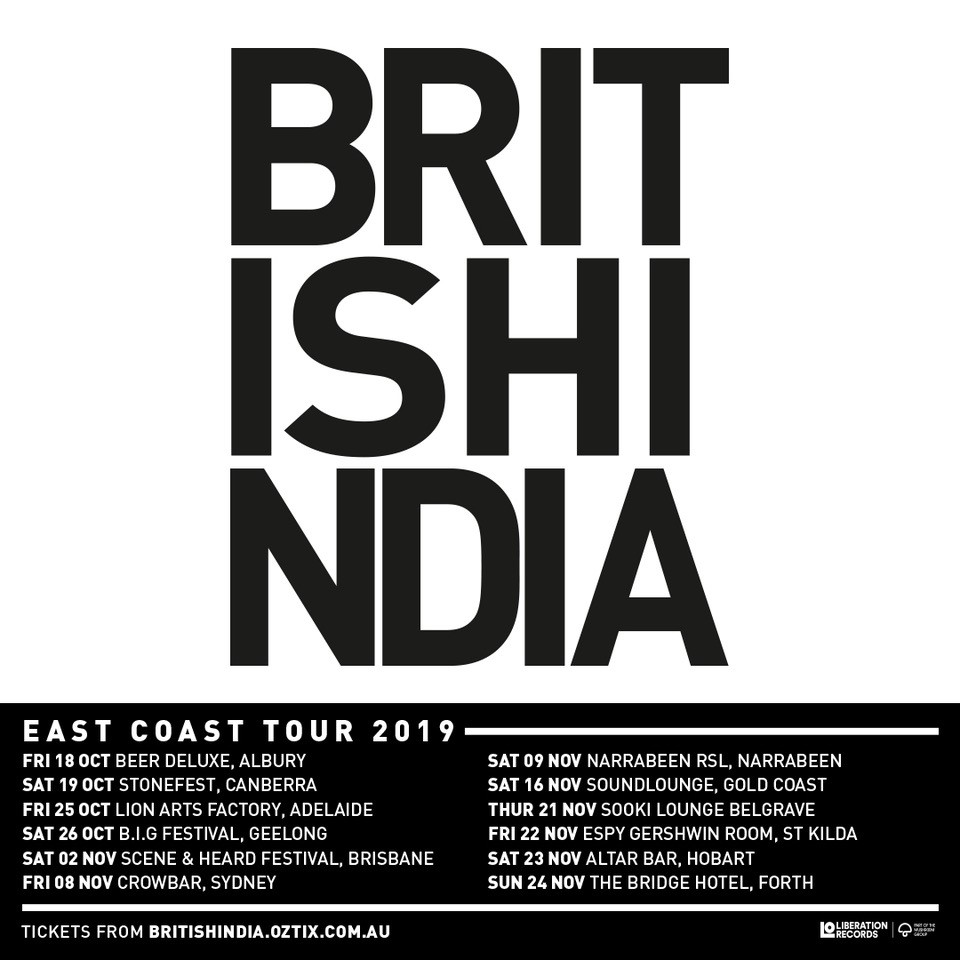