Boy Graduate 'Do You Understand Your Power' Single Launch

Recent Philippines resident, Melbourne based artist Boy Graduate is returning to his home city for a once off Matinee show at The Gasometer on August 3rd. The Matinee surrounds the release of his new single ‘Do You Understand Your Power’ that is set to premiere via Pilerats on July 19th and the announcement of his EP ‘Power’ with Perth based producer ErikiBeatz due for release August 30th.

It’s the first headline show of 2019 for BG where he will be showcasing new songs as well as some crowd favorites such as his latest single Confetti which landed on Spotify’s official ‘All Aussie Hip-Hop’ earlier this year and I’m Not Ready, which served as a stepping stone to gaining industry recognition in the form of airtime on Triple J, Apple Music & Spotify playlisting.

Melbourne locals Dom Cork, Yabby Jones, and Sin Santos will be accompanying the line up for the Matinee, setting the evening up for an exciting night of up and coming music. Doors open early so be sure to mark your calendars for August 3rd and keep an eye out for details via Boy Graduates socials. 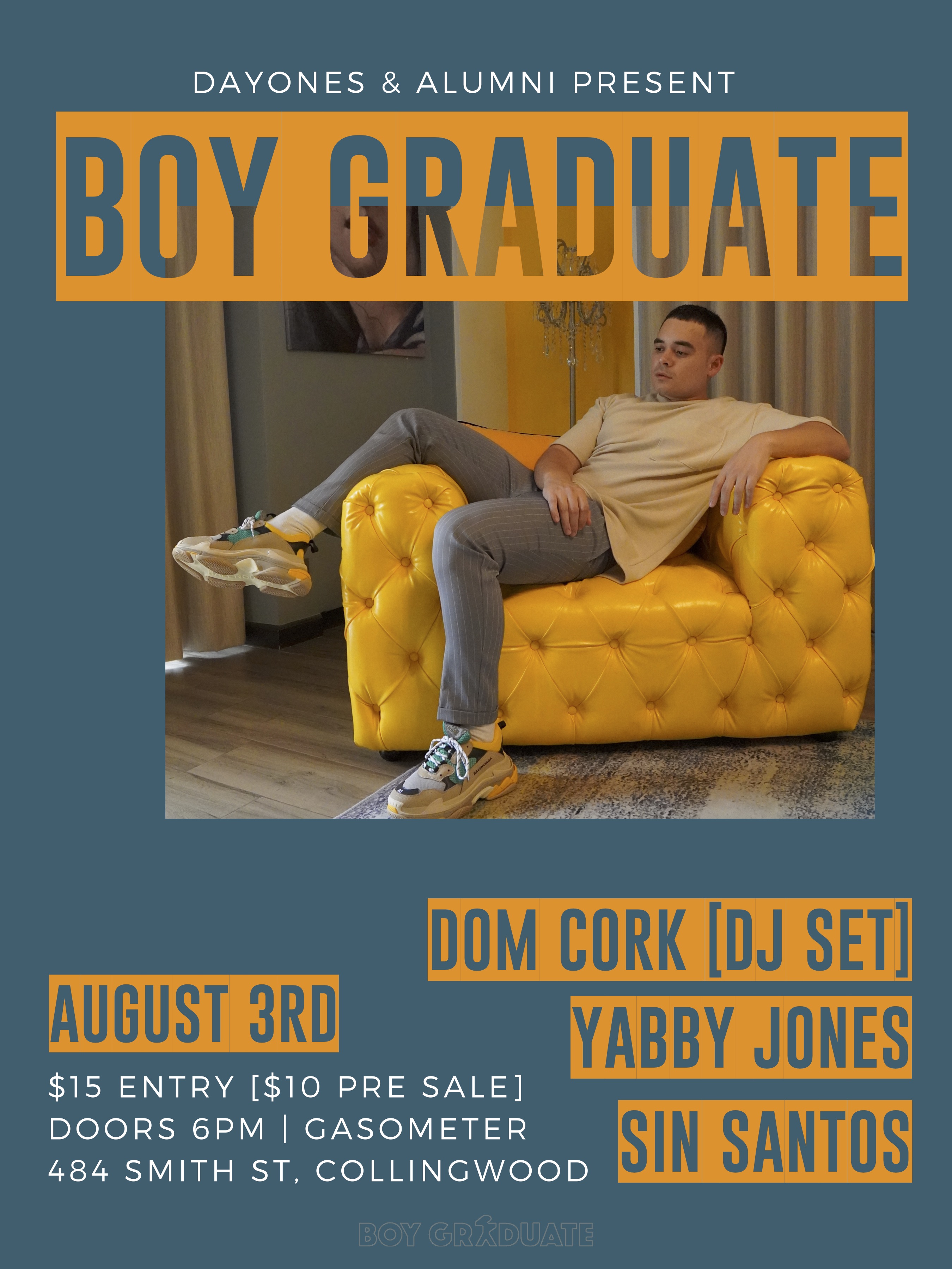