BOOTLEG RASCAL – "HOPEFULLY THIS HAPPENS AT SOME POINT" TOUR

BOOTLEG RASCAL – HOPEFULLY THIS HAPPENS AT SOME POINT TOUR W SCABZ on 26th September 2020 has been rescheduled to NEW DATE of Friday January 15th 2021.

Continuing down the pathway of sonic experimentation, ‘Oh so Cool’ is a quintessential party track that takes cues from the likes of Beastie Boys, Run-D.M.C. and Gorillaz. The commanding cadences of front man Carlos Lara soar seamlessly above fuzz-laden guitars, rumbling bass and resounding drums, before transitioning into its compelling outro led by an infectious sing-a-long.

Due to the unprecedented and evolving situation around the global pandemic, the band and their team have decided to push back their East Coast headline tour dates. Rescheduled shows will be held across January and February 2021, pending there is no risk to the health and safety of the band, crew, venue staff and fans.

Since their mid-2013 inception, Bootleg Rascal have released a slew of singles, an EP and two albums, all warmly received by critics and fans around the world, with support from the likes of NME, The Line of Best Fit, Clash Magazine, Pilerats and Wonderland Magazine. Multiple tracks have been added to Spotify and Apple Music playlists, high rotation on triple j and they’ve performed on the station’s esteemed ‘Like a Version’ segment.

The band have continually traversed the globe playing multiple sold out headline shows in France, UK, Holland, Germany, New Zealand and Australia, and performed sold out shows in the USA. They’ve also regularly appeared on major Australian festivals including Falls Festival, The Big Pineapple Festival, Lost Paradise, Hills are Alive, Festival of the Sun and Party in the Paddock. 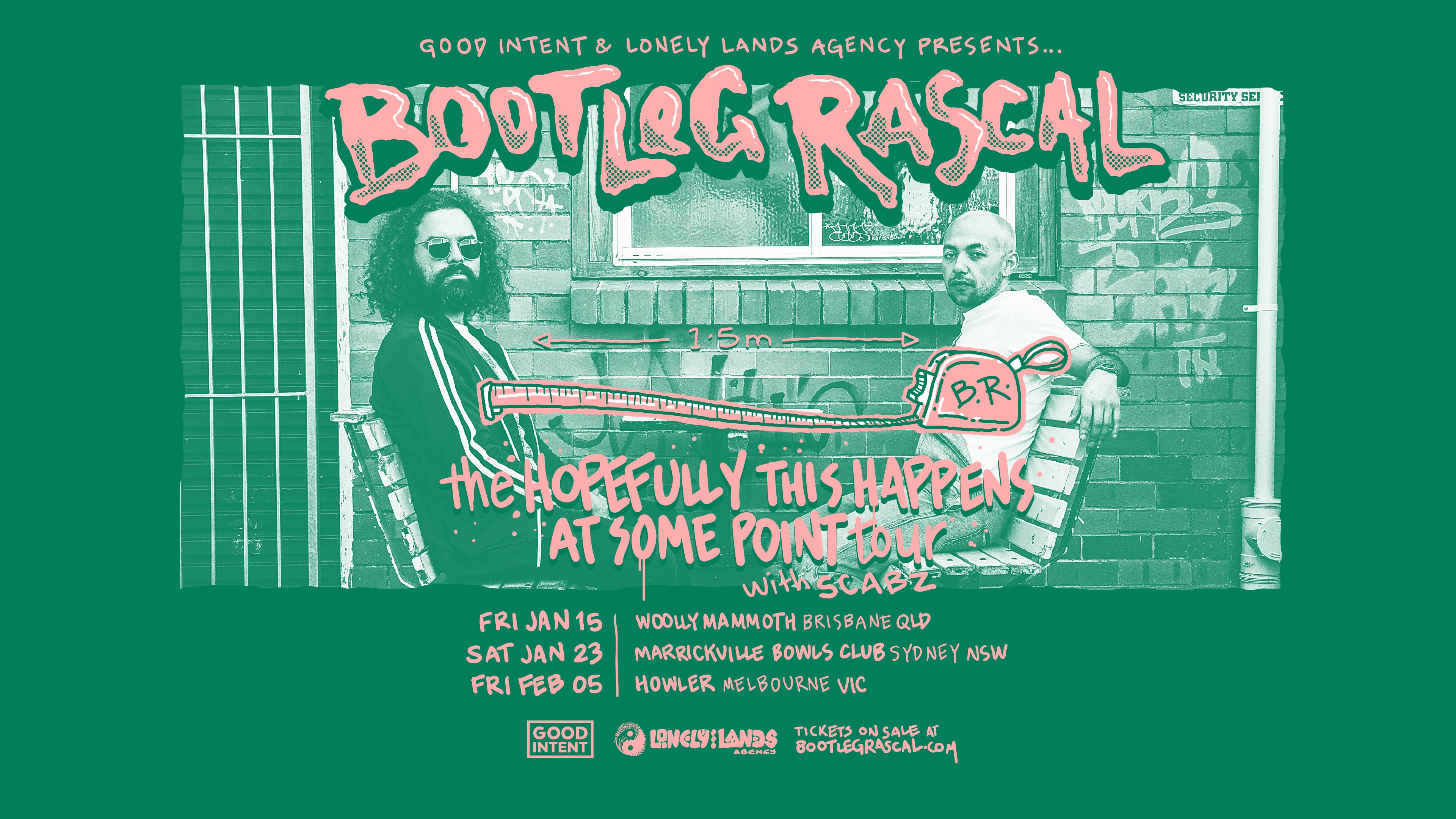