BON BUT NOT FORGOTTEN

It will definitely be a High Voltage event whenSilverback Touring bring you BON BUT NOT FORGOTTEN, the ultimate AC/DC Tribute Act as they head out on a Nation-Wide run of shows this October and November.

BON BUT NOT FORGOTTEN assembles some of the world’s greatest rockers to perform the iconic hits and to pay tribute to the legend behind one of the world's greatest bands, AC/DC and their iconic singerBon Scott.

This is a super-charged high energy electric band that has featured some iconic musicians from around the world, including artists from: AC/DC, Cheap Trick, Ugly Kid Joe, The Poor, The Choirboys, Jimmy Barnes band, The Angels, The Screaming Jets, Baby Animals, Rose Tattoo & many more!

This show is one of closest sounds you will get to vintage AC/DC, in the world today and is performed by some of the best musicians we have to offer. Silverback Touring are out to re-ignite the live scene and there are plenty of people lining up to take theHighway To Hell. Let The All-Star line-up will feature past and current members of Rose Tattoo, The Angels, The Poor, Wolfmother and more…Let There Be Rock! 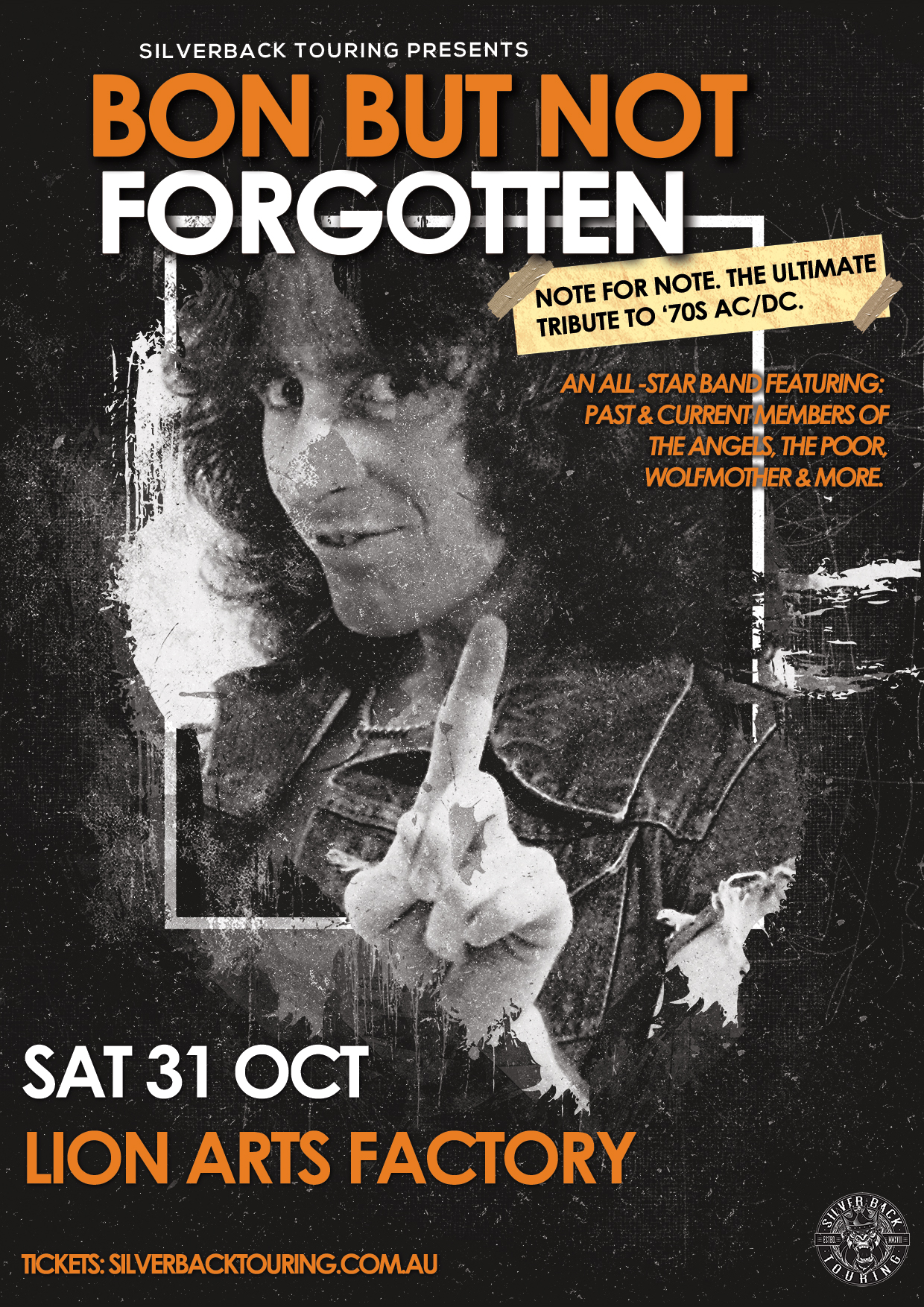