Local garage-punk barnstormers Bleeding Knees Club are today proud to unveil their new album "Fade The Hammer", released via Inertia Music. Restless and revolutionary, the record brings the heat across eleven songs of pummelling garage-rock, nervy punk and candy-coated shoegaze that themusic.com.au frothed "Hits the reset button with a fresh line-up and a fresh take on what the original pairing did best – making noise about the things that excite and irk them."

To celebrate, the band today announce a 15-date national tour in November and December with support from local garage-psych crackerjacks Crocodylus. The run of gigs includes All Ages shows in Brisbane, Camden and Melbourne. All are on-sale now via www.bleedingkneesclub.com.au.

Bleeding Knees Club are fresh back from a breakneck European tour that saw them play 13 shows in 16 days across Spain, France, Germany, The Netherlands, England and Scotland. Kicking off at Madrid's GetMAD! Festival alongside Amyl & The Sniffers, No Age, Shannon & The Clams and others, El Quinto Beatle hailed Bleeding Knees Club's performance as a "carefree and youthful punk hurricane", noting "the image of singer (Alex) vomiting in the middle of the stage is probably one of the most punk of the whole festival".

The "Fade The Hammer" album is the sound of a band on fire. Its latest single "No Strings" was vibed by The Guardian as "the perfect trade-off between craft and attitude ... there's no denying the energy, the craftsmanship, the hooks". Working with producer Lachlan Mitchell (The Vines, The Jezabels), the album builds on BKC's trademark bratty punk with a bigger sound and bolder ideas. Stepping up with a storming album to match their live reputation, "Fade The Hammer" is a world-class record that the band can't wait for their fans to hear, and to take on the road across Australia. Alex says of the title, "It's about that urge to fade out all the things hammering you down".

Northern Beaches trio Crocodylus have carved an enviable reputation in just a couple of years via their "Christian Syrups" and "Bummed Out" EP's, plus rowdy live performances alongside Hockey Dad, The Lemon Twigs (USA), Skegss and more. Formed by three high-school mates in search of an endless good time, Crocs have brought their coastal antics to festival stages at Sounds Of The Suburbs and Sweaty Palms. Their latest double A-sided single is fired-up fuzz-fest "My Love", backed by smooth crooner "My Baby". In naming "My Baby" its Track Of The Day, The AU Review gushed "These first-class garage rockers have bared their softer side whilst still grasping their surf-rock roots." Its light-footed film clip recently premiered via triple j Unearthed.

Don't miss the chance to catch two of Australia most rambunctious bands together, with some equally incredible hand-picked openers. 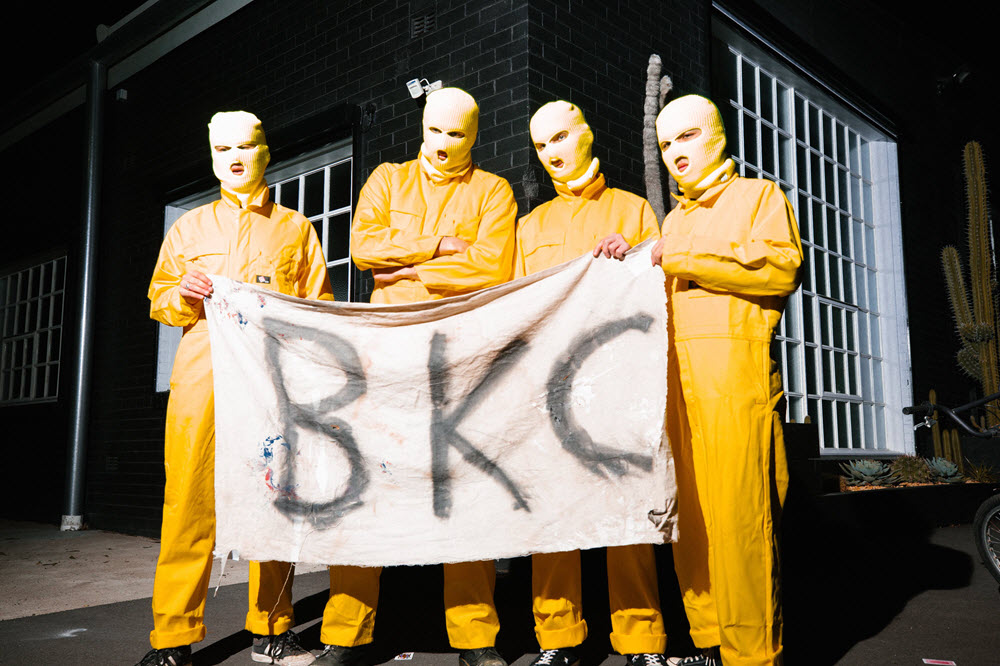 ON REPEAT: CATFISH AND THE BOTTLEMEN NIGHT

We will be spinning an extremely heavy load of Catfish tunes all night amongst all ya fave (non-Catfish) indie tunes as per usual throughout the night! more »

Boy & Bear return to Perth as part of their Suck On Light Tour! more »

1st July, 2020 - As social distancing continues in this time of uncertainty,...