Acknowledging and celebrating milestones is an important part of life and growth. So is rest and hibernation.

In recent years the Bjéar universe has come to reflect the living patterns of its grizzled namesake. Seasons of intense energy, creation and output, followed by long seasons of rest and hibernation.

There was a sophomore album released in the early stages of the pandemic, buffered now, on both sides, with large seasons of rest. There has, however, been no formal celebration. We miss our friends and we miss celebrating.

You are thus officially welcomed to celebrate the release of Bjéar’s second record “ Now, There Are Some Things That Will Change... “ with a live rendition of the album in its entirety on March 13at Lion Arts Factory. The evening will also feature the debut performance by local friends Plastix. 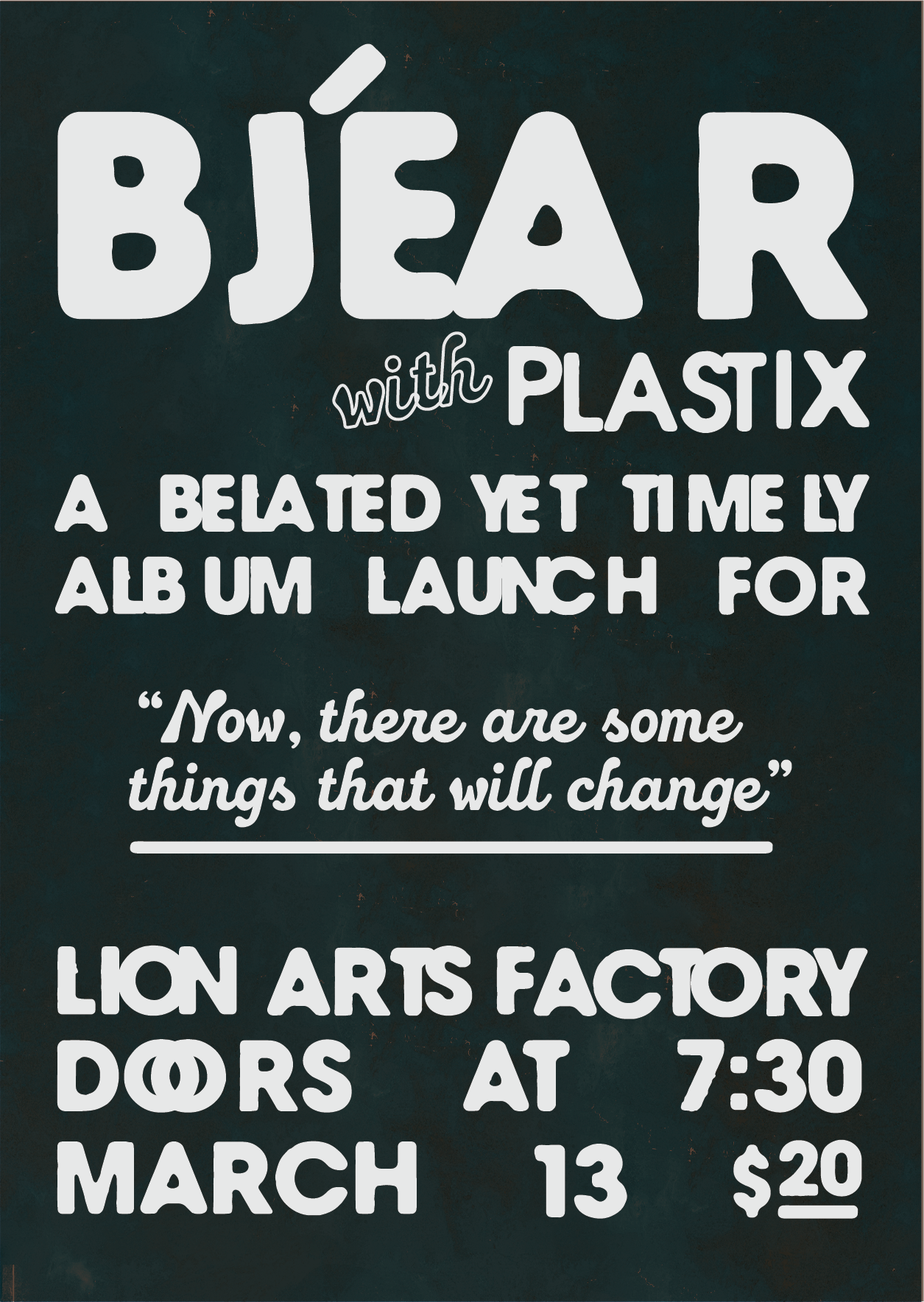