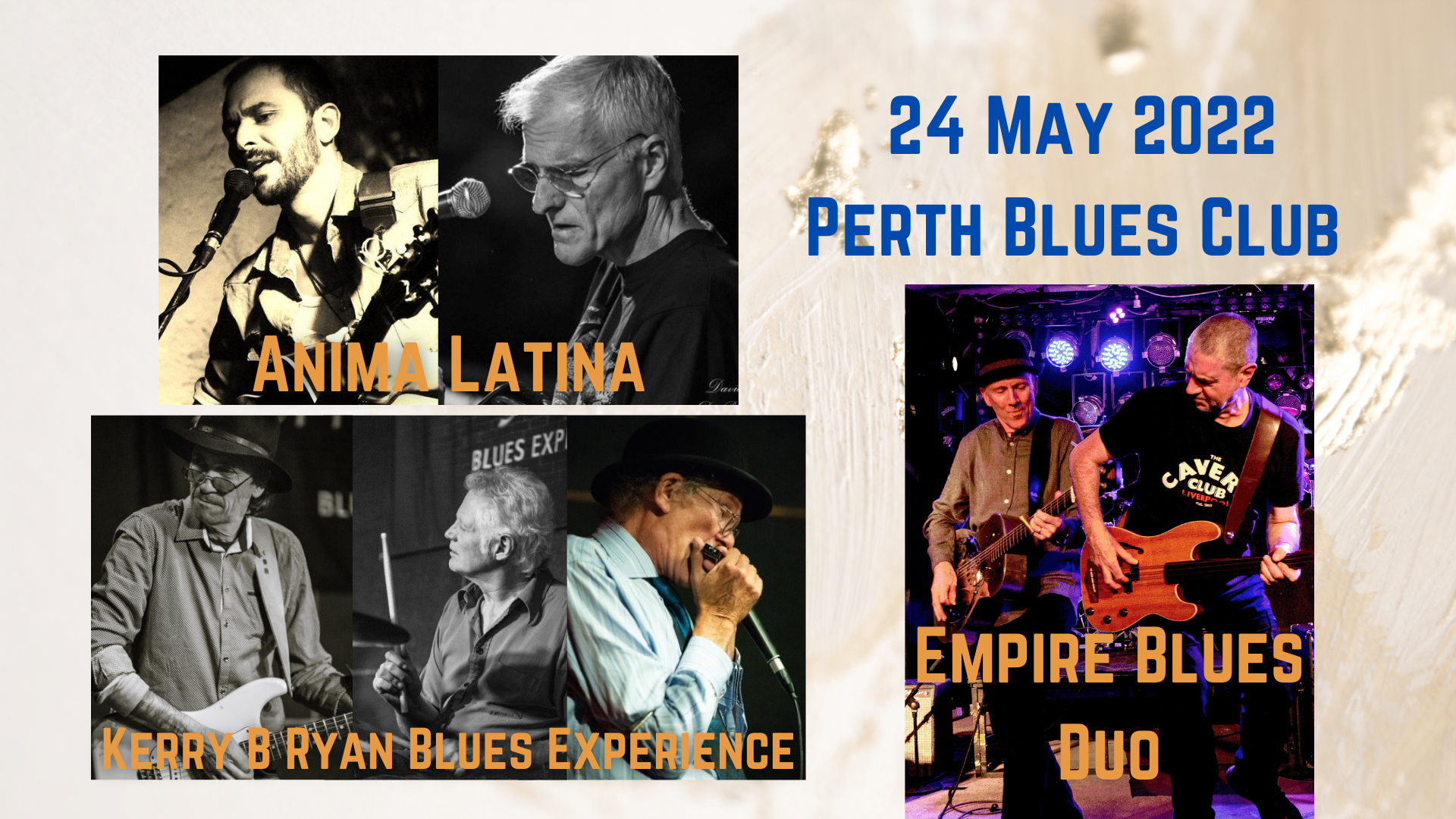 Gabriele and Alessandro are long time experienced Italian singer-songwriters and guitarists, now based in Perth, Western Australia.
They both travelled extensively, and performed in different countries, recording several albums under their own names, and collaborating with a wide range of musicians as well. Their background is very diverse, it ranges from acoustic blues and folk to jazz and beyond, culminating on their own compositions and original arrangements.
They've recently started, as a duo, a cultural and entertaining project: “Anima Latina” (from the Italian “Latin Soul”). This new project encompasses a wide variety of styles and genres, such as bossa nova, samba, tango, folk and traditional music from the Caribbean, Central America and the Mediterranean countries. This exciting musical journey through the “Latin” sounds, involves the singing in different languages such as: Portuguese, Spanish, French, and, of course English and Italian.

Empire Blues Duo is two thirds of the popular Trio "Empire Blues".  Featuring Andrew McIlroy (Guitar & vocal ) and Alan Dawson (Upright electric bass & vocal). These two musicians have a wealth of experience and perform many of their better known band originals and British Blues covers with an intensity that has you wondering whether there are more musicians hiding backstage.  Having just completed recording their third album there’s every chance they will throw a few new tunes out there to gauge the audience response.

semi unplugged version with Kerry on acoustic and resonator guitars and vocals, Ian Ironside drums on the small kit and Mark Constable harmonica and vocals, playing a collection of great blues songs from Delta to Chicago and Texas blues styles songs from Robert Johnson , Muddy Waters , Howlin Wolf , RL Burnside the Kings. Sonny and Brownie, and more.
A collection of back to the basics of  Blues .. come and join us for this night of foot tapping blues.