...AND METALLICA FOR ALL

On Saturday 31 August, four of WA’s finest heavy acts hit the lights at Capitol for a huge metal salute to Metallica… in tribute to one of the all-time greats.

On Saturday 31 August, four of WA’s finest heavy acts hit the lights at Capitol for a huge metal salute to Metallica… in tribute to one of the all-time greats.

Set to unleash a battery of live sets and belt out handpicked selections of Metallica classics, plus showcasing their own works of metal mastery will be:

Perth metal legends PATHOGEN, return to stage at Capitol after their much anticipated reunion set at Slayfest in March… this time they’re back for one hell of a Metallica metal party!
www.facebook.com/pathogenofficial | Established 1995

Perth’s enigmatic prog-metallers CHAOS DIVINE, are primed to fight fire with fire upon the nights metal proceedings and deliver a trademark set of uncompromising arrangements, crushing heavy riffs and soaring melodies that’s seen them win over fans across the world.
www.facebook.com/chaosdivine | Established 2006

Fremantle metal veterans VANADIUM B.C need no excuse to jump in the fire and thrash out their timeless brand of “Pure Australian Metal”.. let alone joining a line-up to pay tribute and let loose to one of the bands major influences
www.facebook.com/pg/vanadiumbc | Established 1993

Perth’s TEMPEST RISING who have established themselves as one of Australia’s most unique and individual Alternative Metal Acts, blending hard hitting groove laden riffs, soaring choruses and fast past thrash with a unique vocal style.  Having recently returned from their tour of Europe, the band’s set burn up the stage like moth to flame at Capitol in August
www.facebook.com/tempestrisingofficial | Established 2012 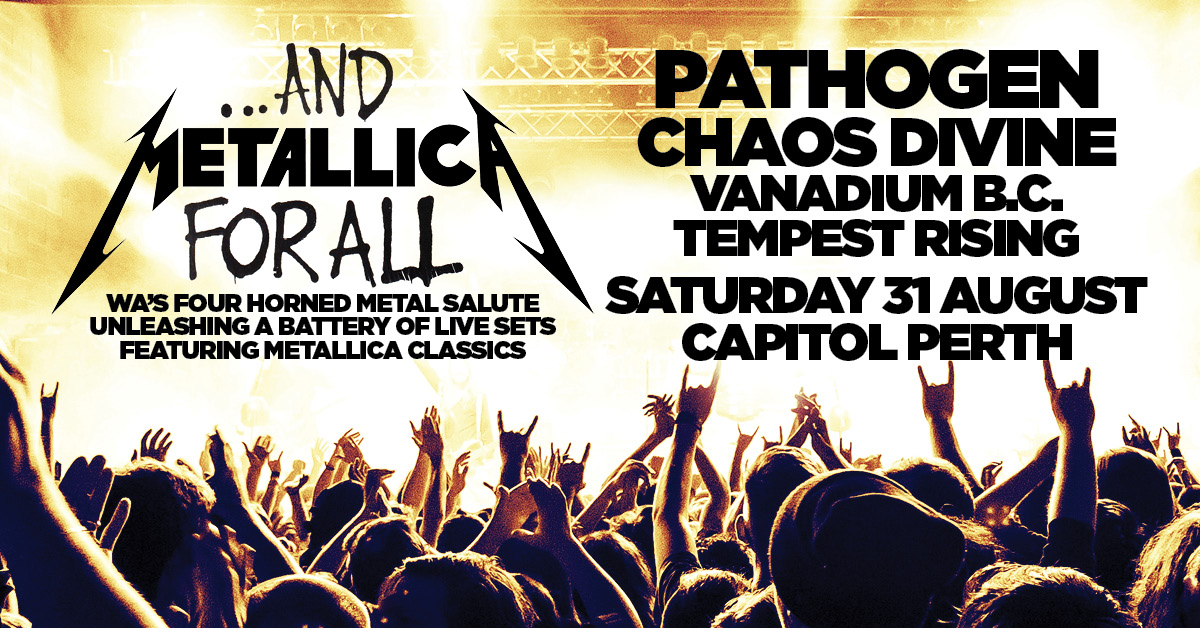 The biggest and greatest Hard Rock festival in W.A! more »