A Wrinkle in Time

A Wrinkle in Time is an epic adventure, based on Madeleine L'Engle's book. A timeless classic, which takes audiences across dimensions of time and space - examining the nature of darkness versus light and ultimately, the triumph of love. Meg Murry is a typical middle school student who just wants to fit in. The daughter of two world-renowned physicists, she is intelligent and uniquely gifted, but she has yet to realize it for herself. Complicating matters is the mysterious disappearance of her father, which has left her devastated and her mother broken-hearted. Along with her brother, Charles Wallace, and fellow classmate, Calvin, Meg is introduced to three celestial beings (Mrs Which, Mrs Whatsit and Mrs Who) who have arrived on Earth to help search for Mr. Murray. Together they embark on a quest, travelling via a wrinkling of time and space known as tessering, to worlds beyond their imagination where they must confront a powerful evil force. 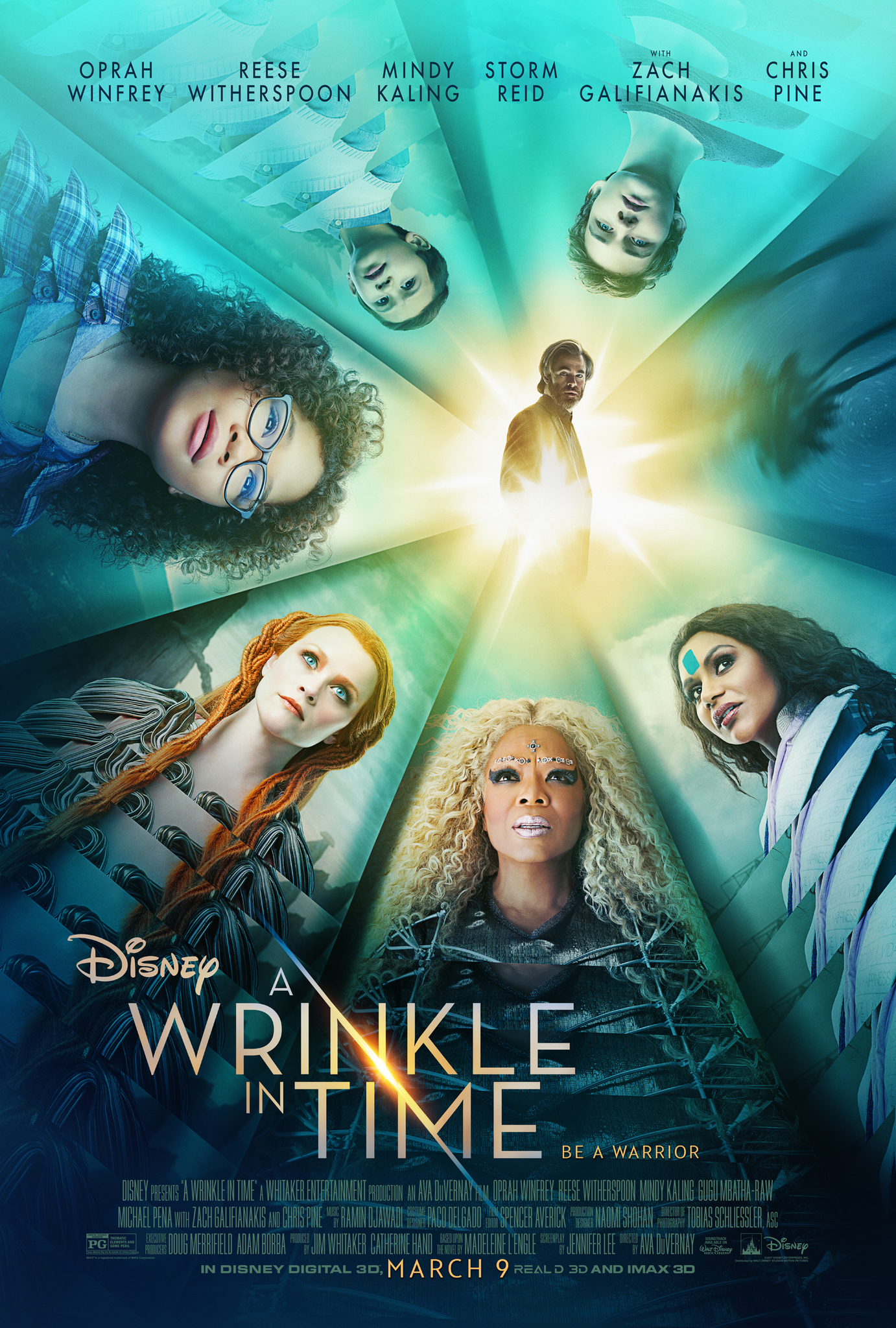