A Rock'n Roll Feast at The Gaso

of supercharged, supersonic mix of r'n'r , 70s punk, glam & anything between.

CANDY AND THE DEAD

Born on the dark side of Londons' Camden Town,Zach Rembrandt and Bob James

The Prehistorics return to the stage after more than a year's break, with a blistering new

line up ahead of their 3rd European tour later this year. Expect full throttle rock 'n roll with

the band putting on a show to feature songs from their 4 albums, spanning their 15 year career .

drawing on heavy influences from the Detroit scene and the classic Australian, underground 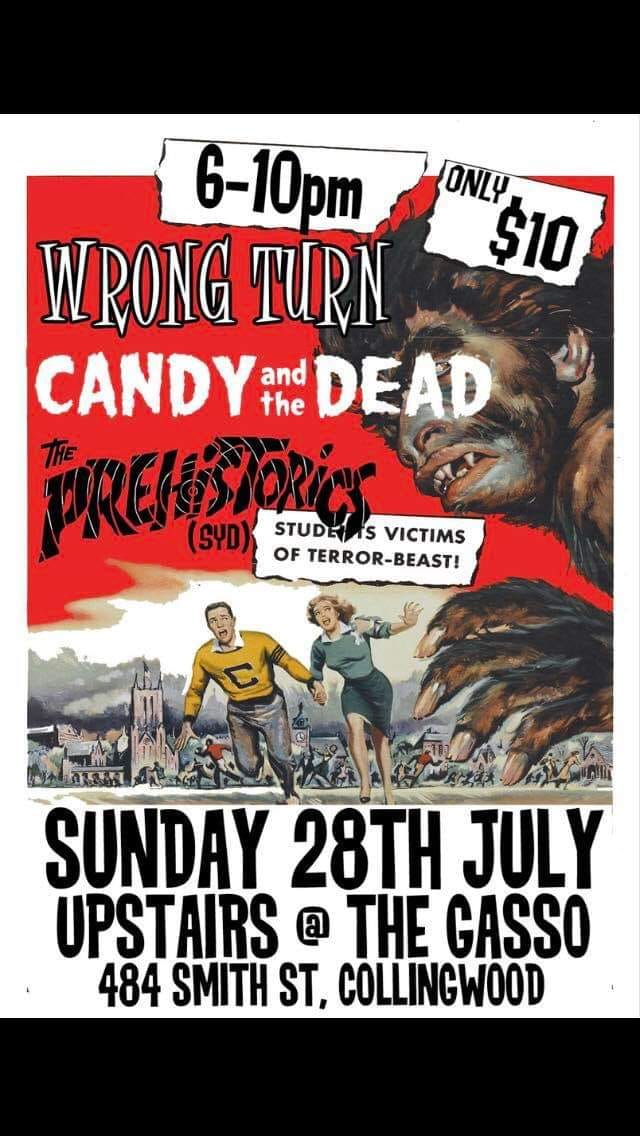