∆CODE is a new trance club concept hitting Adelaide for the first time. Already having presented shows in Melbourne & Sydney we are now expanding to Adelaide! Our first event features one of the greatest trance artists ever, Ferry Corsten. With a plethora of hits and classic tracks to his name, Ferry Corsten has recently released his UNITY project where he has collaborated with iconic trance artists with a vision to unite the Trance community for a bigger cause.

Joining Ferry will be AVAO who last played Adelaide for MaRLo's Reaching Altitude show last August. They have been one of the most requested up and coming acts and have had a massive year in the studio. They come armed with some serious tunes. 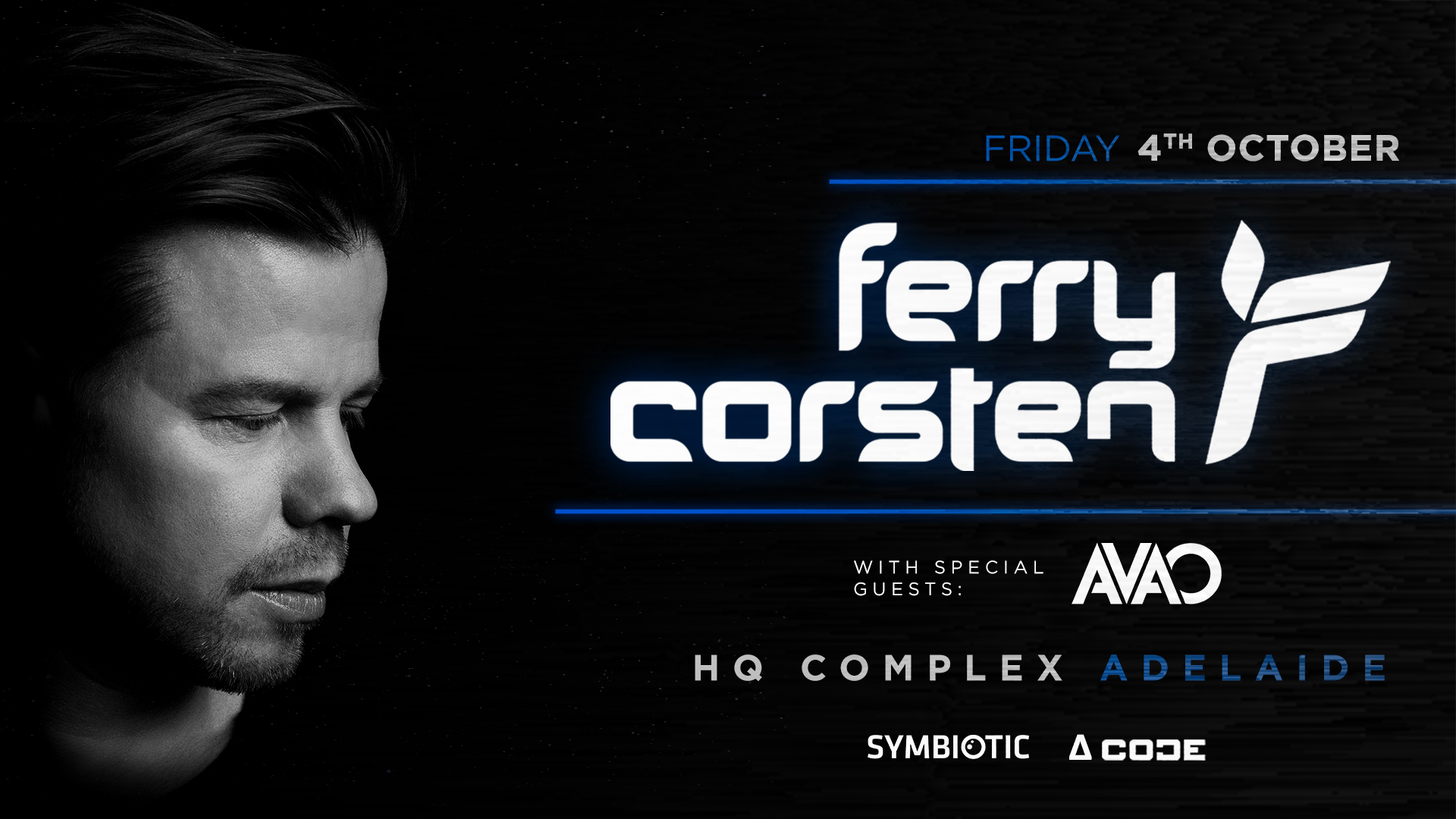